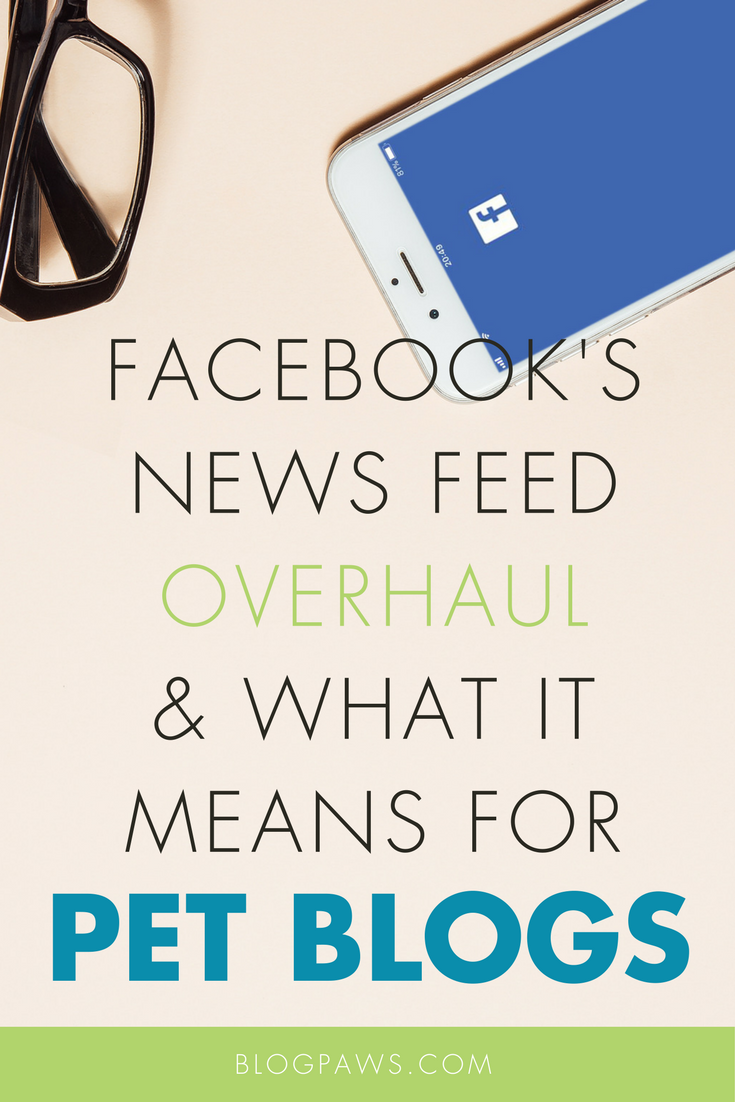 The New York Times reported, “Over the next few weeks, users will begin seeing fewer viral videos and news articles shared by media companies. Instead, Facebook will highlight posts that friends have interacted with — for example, a photo of your dog or a status update that many of them have commented on or liked.”

It’s an effort, Zuckerberg said, to reduce the negative feelings Facebook users experience and to replace them with positive ones. The intention of the shift is to make Facebook good for people, according to the Times article.

But does that mean bad for businesses–and blogs–that use Facebook to market?

Business Insider reported on an email sent to publishers, “People may see less content that comes directly from publishers, brands, and celebrities in their News Feed, Brown wrote. While that is likely to be disruptive, Brown suggested publishers could weather the change by prioritizing content that ‘encourages community connection.'” The piece continued, “Brown added: ‘Content from pages that drives interactions between friends will perform better than page content that drives only passive consumption without any person-to-person engagement.'”

In other words, be authentic and be engaging. Encourage conversation among your community. Those are best practices anyway.

BlogPaws’ own social media guru, Carol Bryant, shared her thoughts on the New Feed shift: “This does not make me panic. I do not believe Facebook pages are now a waste of time. Zuckerberg and company want to make money. To make it all about love and unicorns and let’s sing in the sunshine is not a sustainable business model. Paid content to be seen will still play a part. They would tank otherwise. That said, be sure to diversify and not put all your eggs in one social media basket. Grow that email list!”

Be sure to read Zuckerberg’s personal take and inspiration for this shift on his on page here. Or, read additional reporting from Bloomberg and CNET. We’ll be monitoring the changes closely and will share what we learn as soon as we can.

In the meantime, what are your thoughts surrounding the changes? Any gut reactions? Questions we can try to answer? Please share in the comments!