Looking back, looking ahead. As we wind down 2012 and look forward to all that 2013 has in store, BlogPaws takes time to look back on some of our most notable moments and posts of 2012. Of course, there are way too many isolated moments, highlights, bloggers who have contributed, and conference memories to muster into one post, but we can reflect on 10 "must read" moments:

Pet
Bloggers Have Purchasing Power Influence: In a study released by Trone
Brand Energy, a reported 20 percent of pet bloggers are considered highly
influential and have monthly readerships of at least 10,000 readers.
Three-quarters of these influencers have blogged for at least three years in
order to build a steady, loyal following. Influencers report dealing with at
least six or more pet care brands from a marketing perspective. 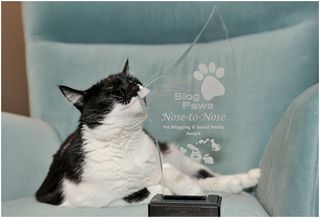 Interview
with Jill Rappaport, Animal Advocate: As a BlogPaws Team Member I was lucky
enough to be invited to the Purina Media event
at Global Pet Expo this year where I got to meet Jill
Rappaport, the Today Show’s Pet Correspondent. While I knew who she was and
I knew she had made an impact on the life of many shelter pets, I did not
realize just how big her heart is when it comes to animals. I believe she put
it best when she said she has “more (pets) than a sane person, but less than a
hoarder.” I think many of us can relate to that!

Fifty
Things to Write about BlogPaws: This list is printable, so if you are like
me and think “I have to remember to write this once I get home,” but then can’t
recall that “a-ha” moment, here are 50 ideas for blog posts:

Do
You Have A Marketing Plan For Your Pet 'Business'?: Regardless of whether
you think you're just "blogging for fun" chances are you have an
underlying reason for having put the time and effort into starting a blog,
right? Robbi Hess put together her five quick steps toward putting together a
marketing plan for your pet blog. 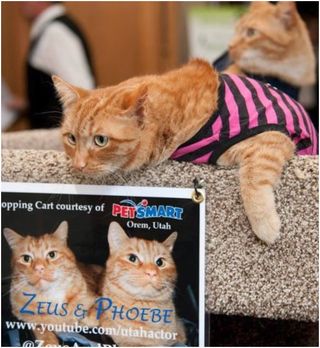 What Does
BlogPaws Mean to Me? Yvonne DiVita, co-founder of BlogPaws, shares the down
low on how BlogPaws has become a media company supporting bloggers from all
over the world.

Be the Change for
Pets: BlogPaws: At any given time, somewhere, a BlogPaws community member is
doing something in the name of animals. Kristin Dewey, BlogPaws’ Special
Projects’ Manager, shares the who, what, where, when, why, and how of these
stories and how you can make a difference. To date, BlogPaws has donated over
$55,000 in products and donations to groups in need through its conferences, and
we are just getting started.

Bonus moment: Announcing the BlogPaws
2013 Conference, and ready for all that the pet blogging community has in
store! Join us and Happy New Year!