Summer’s here and that means safety precautions for our pets that we do year round need to be kicked up a notch. Unfortunately, a great number of people leave their pets behind in cars during the warmer/hotter summer months, and the outcome is often fatal for the pet.

Those in the know understand that pets should never be left behind in a car for a variety of reasons: sweltering heat, freezing cold, or even theft. Many pets are stolen from cars as they longingly and innocently wait for their pet parent(s) to return. 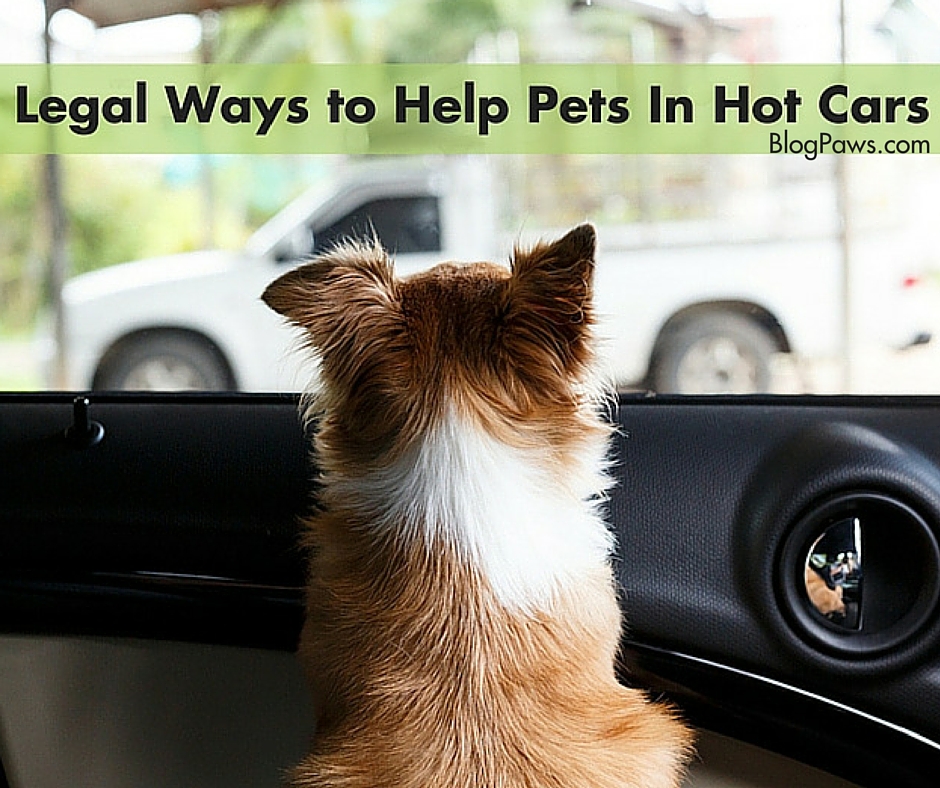 In preparing for this article, BlogPaws went right to the experts: The Animal Legal Defense Fund (ALDF). We interviewed Jeff Pierce, who is Legislative Counsel for the ALDF. For over three decades, the Animal Legal Defense Fund has been fighting to protect the lives and advance the interests of animals through the law. Founded in 1979 by attorneys active in shaping the emerging field of animal law, ALDF has blazed the trail for stronger enforcement of anti-cruelty laws and more humane treatment of animals in every corner of American life.

“For example, in California—where the Animal Legal Defense Fund is headquartered—a person who sees a distressed animal in a hot car should call law enforcement, a humane officer, or an animal control officer,” Pierce says. “Fortunately, California law empowers those authorities to break into the car to save a distressed animal.  Unfortunately, if a private citizen breaks into the car him or herself, he or she risks being sued by the owner of the vehicle (for damages) or even prosecuted by the police (for vandalism).  There are more than a dozen states like California, including Arizona, New York, Rhode Island, Vermont, and others.”

He says that in two states—New Jersey and West Virginia—although state law makes it explicitly illegal to leave an animal trapped in a hot car, nobody (not even law enforcement) can break into that car without risking getting sued by the owner.  Many states fail not merely to empower people to break into cars but also to prohibit people from trapping animals inside hot cars—though we might hope that the animal cruelty code in those states would fill in that legal gap.

The law takes a right turn and changes again in other states. In contrast, a person who comes on the same scene in Florida, Tennessee, or Wisconsin can break into the car to save an animal without worrying the owner might sue them later.  These laws are popularly known as “Good Samaritan” laws.  Of course, even in these states, the would-be rescuer should be certain to follow certain steps like searching for the owner, calling law enforcement, and leaving a note on the windshield explaining the situation.

At the present time, there is a bill now before the California legislature that would provide civil immunity (a shield against being sued) and even criminal immunity (a shield against prosecution) if the rescuer takes certain steps.  New York has a similar bill pending in Albany, and Pennsylvania is considering a bill that would protect a broad class of peace officers and first responders—though not private citizens—from civil liability for rescuing an animal from a hot car.

If You Are Not Legally Allowed to Break a Car Window

The first thing to do is call law enforcement, a humane officer, or even the fire department. Pierce says firemen are the “proverbial savers of cats stuck in trees.”

“Hopefully the authorities will prioritize saving an animal’s life, just as they might prioritize saving a child’s life under identical circumstances,” he shares. “The second—or eventual—thing to do is to contact your state legislator and encourage him or her to introduce a Good Samaritan bill like those that are already law in a few states and pending in others.” 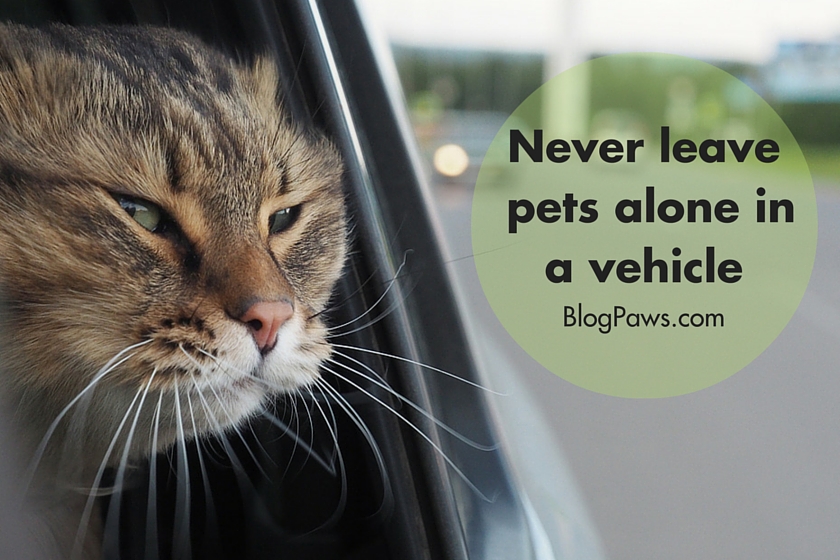 Such laws do not prohibit confinement at specific temperatures for a specific amount of time. Rather, the provisions tend to prohibit a broad range of conduct, i.e. confining an animal in a manner that endangers his/her health or safety.

The majority of states do not have “hot car” laws (laws that prohibit leaving unattended animals in vehicles).

States That Do and Don’t Have Criminal Provisions

The Animal Legal and Historical Center has a detailed table describing the laws that concern leaving a companion animal unattended in a parked vehicle.

According to AnimalLaw.info, “Approximately 22 states have laws that regulate this practice. Most of these laws provide that the animal must be confined or unattended in a parked or stationary vehicle. Further, the laws add that in order for a person to violate the law, the conditions have to endanger the animal’s life. Under some state laws, law enforcement or other individuals are allowed to rescue animals left under extreme conditions.” 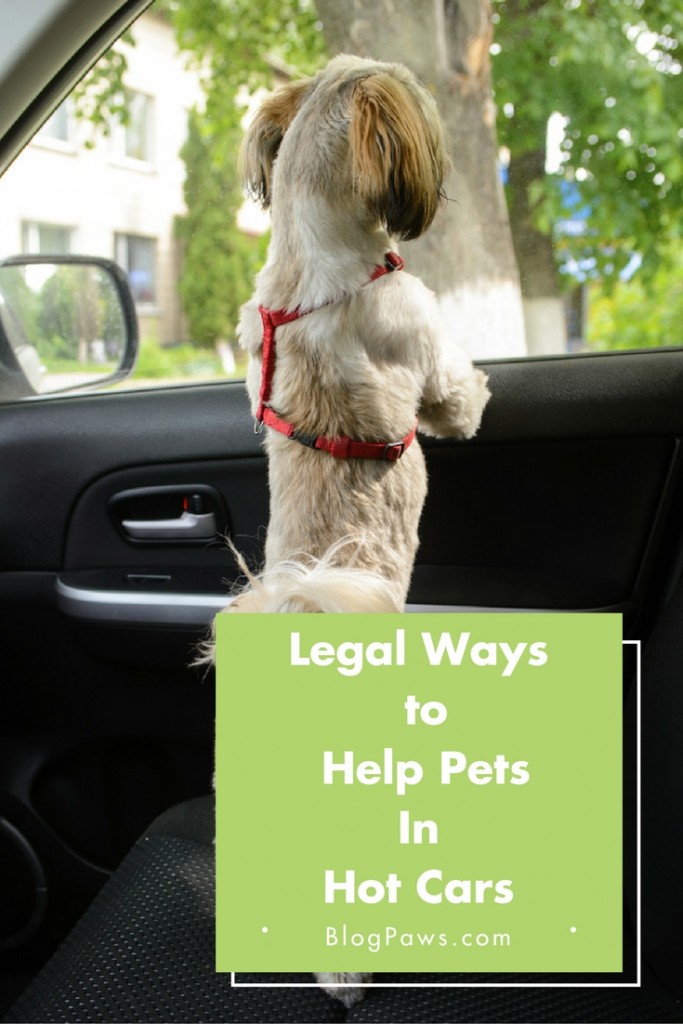 In preparation for this article, an actual smashing of a car window to rescue a dog in distress happened in London. International law varies, according to ALDF. This gentleman smashed the car window to save the dog.

Proactive Things Pet Parents Can Do

Let people know it’s not okay to leave their pet unattended in a car.

ALDF says that when an animal dies in a hot car, most of their humans say they left them “just for a minute.” If you see someone leave their pet in a parked car, tell them that even if it’s a pleasant day outside, the temperature inside the car can skyrocket fast. Cracking a window doesn’t eliminate the risk of heatstroke or death.

Parked cars quickly trap the sun’s heat. Even on a day if the temperature is 70 degrees outside, the temperature inside a car with all the windows closed can hit 90 degrees in just 10 minutes. Think about that.

On a hot day, the temperature inside a closed car can shoot as high as 116 degrees in the same amount of time.

Leaving the windows open a crack doesn’t eliminate the danger of heatstroke or death.

Let your local authorities know that ALDF’s Criminal Justice Program attorneys offer training and resources to law enforcement agents on this and other animal law issues.

Get an ALDF Sunshade

ALDF created the Dogs in Hot Cars Sunshade so you can make a strong statement about protecting animals from the dangers of hot cars where they need it most—in parking lots across America.

Order your Dogs in Hot Cars Sunshade to protect animals wherever you park. All proceeds benefit the Animal Legal Defense Fund. 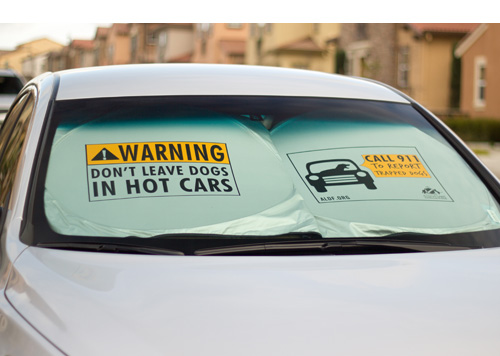 Download this image to share on the social network of your choice. (We realize this says dogs but this applies to all animals in hot cars) 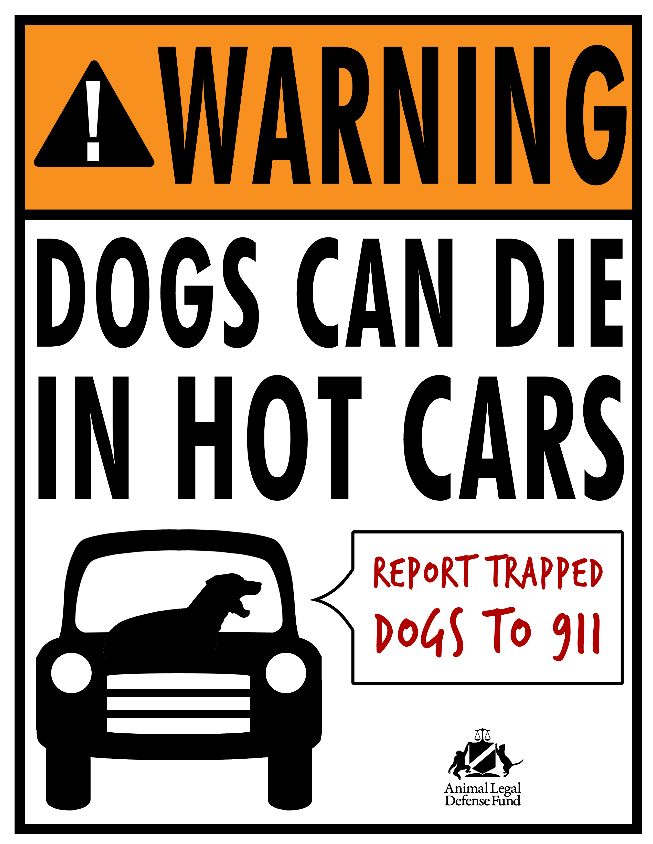 Download and print this flyer, and hang it in grocery stores, cafes, laundromats, and other locations where people may leave dogs in hot cars. Many businesses will be happy to hang a flyer in their front window if you ask politely.

And share the flyer with your local humane agencies to help them make the public aware of these laws.

Have you ever been involved in helping a pet left behind in a hot (or cold) car? Let us know in the comments below.

Special thanks to the ALDF for caring about animals and assisting with this article. Please share to help get the word out.

Carol Bryant is the Marketing and Social Media Manager for BlogPaws and runs her own blog, Fidose of Reality and its fundraising arm, Wigglebutt Warriors. When not busy playing with her Cocker Spaniel, Dexter, she stays far away from cooking. Her trademark is her mantra and is tattooed on her arm: My Heart Beats Dog.®Save