We are the members of BlogPaws. We are bloggers. We are pet parents. We are professionals across the spectrum of industries – not just in pet. We are the voice of animals everywhere.

That voice rose loud and clear this week. Those of us who are vocal about animal welfare and animal rescue, took a BIG BRAND to task over a commercial that was to be aired on Sunday at that big yearly sporting event. A commercial that, if news reports are correct, cost the brand more than $4 million, as that is the going rate of a commercial for the event.

I will not mention the event. You know what event it is. I am not one who understands its attraction, this event that commands the kind of money brands like Budweiser (we love them!), Doritos (we used to love them… they are delicious, but we are dieting so we no longer eat them), and various car companies can spend without blinking an eye. The brands participate in this big football event – you knew there was a ball involved, right? Even we pet parents understand the lure of a ball to play with… oh yes we do! – are well known brands, established brands, maybe a startup here and there who managed to raise enough cash to do a commercial during the football event. The point is, marketing is alive and well on television. Misspent, perhaps, but alive and well.

This week, myself, and my team here at BlogPaws, along with thousands of other pet parents across the U.S., took to social media to right a wrong. It involved a controversial commercial created by a big brand each of us is familiar with. I will not name the brand. They have received far too much attention already, as far as I am concerned. You will need to read between the lines to learn who they are. Let’s discuss what the issue was and continues to be.

Too many animals, mostly dogs, I believe, but this applies to ALL creatures tormented by inhumane treatment in whatever “farm” they are raised… live lives of torture and uncertainty. They are bred in unhealthy conditions, merely to create more of their kind… for profit. The puppies (let’s stick to dogs for now but it applies elsewhere – you know that it does), are sold at huge profits. Often, on the Internet. When a puppy is sold online, at a website for the “mill” that breeds said warm-blooded creatures, there is no thought given to its health, its welfare, nor even its ultimate place of shipment.

The puppy mill moms who are used to breed these puppies, are sad creatures. I know this well. My precious Olive was a puppy mill mom. She endured five years of litter after litter in who knows what conditions (here is a place you can learn more about the horrors of puppy mills), sacrificing her health so some “person” could get rich off of her misery. Olive came to us after having been rescued and subsequently returned, when an unfeeling, stupid judge said the rescue wasn’t legal. She was underweight. She had a severe eye infection and most of her teeth were rotten. Olive was finally bought by the rescue that had tried to get her out previously. They knew that the money was little enough to pay for saving this little girl’s life. And, to our delight, Olive came to live with us. We are ever grateful for that. 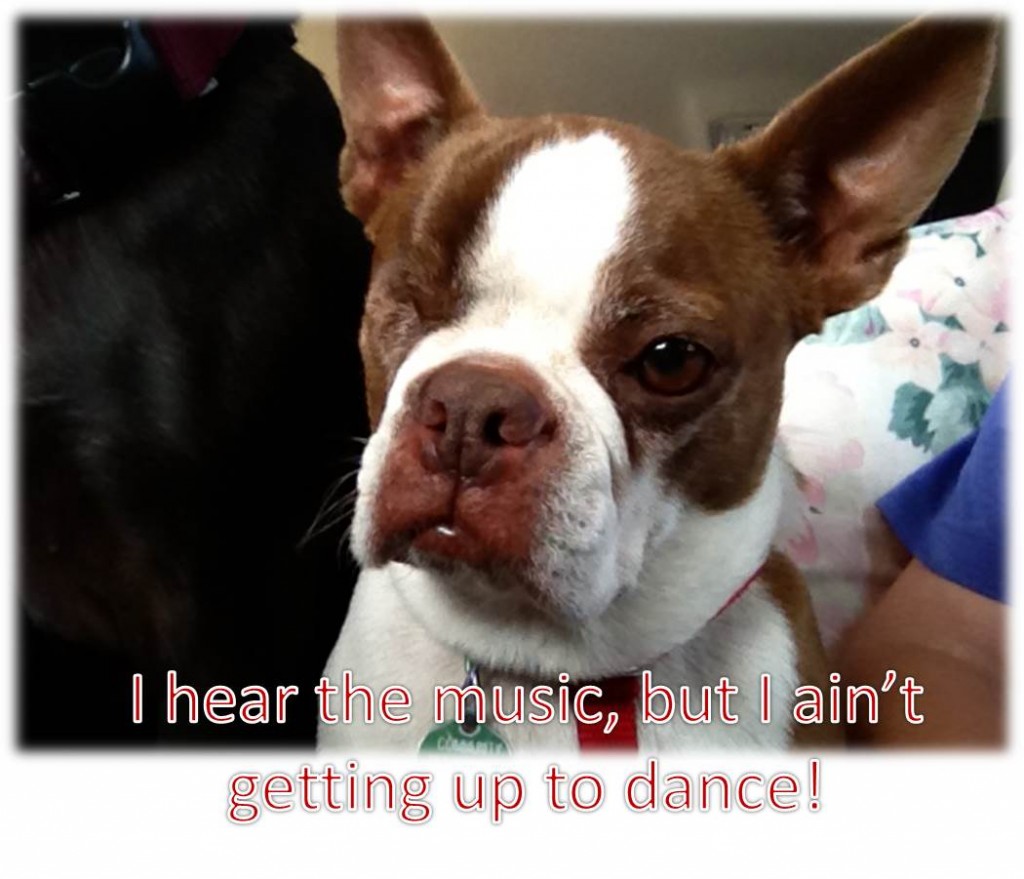 Why do I mention all this when I’m supposed to be talking about the event you all will probably be watching on Sunday? Because it’s relevant to the most neglectful and horror-packed commercial that almost got aired during your sporting show. The commercial that glorified puppy mills. Whether out of ignorance or lack of research, the commercial got made and “leaked” and the Internet took to social media to trash it – because ultimately it showed a puppy being mistreated (oh, there was no physical abuse – the poor thing merely fell out of the open cab of a pickup truck…and no one bothered to rescue it or try to find it). Once the delightful puppy made its way home… to a barn on what looked like a farm, the owner, we assume she is the owner, shows delight to see him. “Oh,” she says, “I’m so glad you’re back. I just sold you online.”

She then puts the puppy in a pickup truck and we are to believe she is shipping it off to its new owner. A person this woman has never met or engaged with in person; a person who could want the puppy for less than acceptable reasons. And, of course, let’s mention that the “person” receiving the puppy has never met the woman who allowed said puppy to get lost and wander about for days looking for its home; who then expressed joy not at getting said puppy back, but at making a sale.  The puppy’s new home is… undefined. But, we can accept that the puppy, you see, wasn’t a living, breathing creature full of love and affection, needing proper care and feeding… it was a thing. A thing to sell so the woman who lost him could… buy a new truck, I don’t know. Whatever.

When you work as hard as we do at BlogPaws to support shelters and rescues the world over; when your heart aches over every image on Facebook showing neglect and mistreatment of animals everywhere; when you cry because you don’t understand how people can turn a blind eye to the abuse and neglect all around them, and you see something like this terrible, terrible commercial … you speak up. Oh yes, you speak up.

We spoke up in multitudes!

After much tweeting and sharing on Facebook and blog posts and I’m sure other platforms, the brand said, yes, they would pull the commercial.

There is a sad after-story. It’s just as sad as the awful commercial. It has come to our attention that said brand was well aware of the reaction it would get over this commercial. It was informed – no, I don’t have a name of who informed the brand, but my sources are trustworthy – that this would not go over well with animal welfare people. With people like those of us at BlogPaws.

Said brand must have shrugged and said, “There are so many other people who will laugh and enjoy it. We will release it early and see the reaction.” My words. But, surely, that’s what went on at brand HQ. And, given the release of the commercial early – as a spoof, so the brand asserts- we can believe something like that scenario happened. They capitalized on the chatter. Even at such a high cost.

What does that say about them? 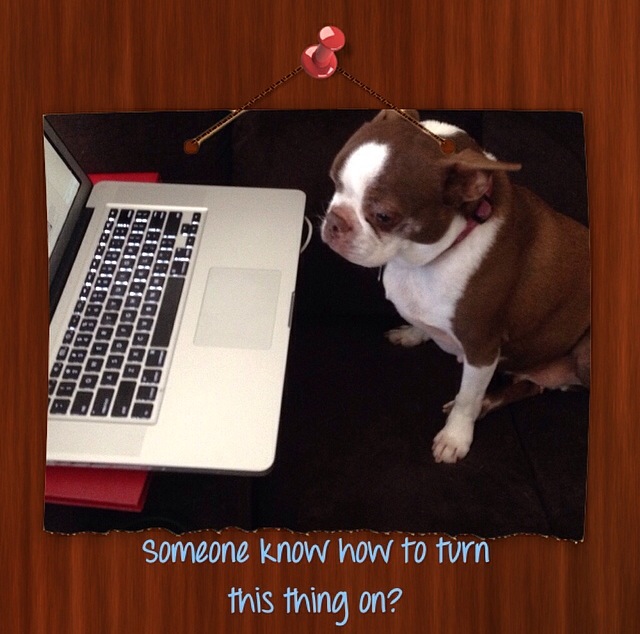 Let us put it aside. Let us be glad we spoke up. Let us not dwell on the fact that perhaps our rage and anger was planned – as a PR stunt to get this brand great attention. (Oscar Wilde is purported to have said, “There is only one thing in the world worse than being talked about, and that is not being talked about.”) Let us accept that regardless of whether we were “used” – and it does feel that way, doesn’t it?- we did what we do best. We insisted the commercial be pulled rather than allow the message it shared be expressed at the biggest television event of the year.

We, who stand up and support shelters and rescues; we, who shout at the top of our lungs when we see injustice being done to animals of any kind; we, who band together and use our collective voice to right the wrongs too many other unfeeling people commit against animals, and who work to care for said animals that have been wronged… we will always be there to make it right. We will always show the world the RIGHT way to obtain a treasured puppy (or other pet).

Adopt, don’t shop. Adoption shelters have the pet you want. They give you the support you need to acclimate that pet to your home. They spend countless hours and dollars working to care for their charges, so these creatures will be ready for you. They care. We care. We are glad we spoke up and out, against puppy mills.

So, here’s a commercial worth watching: from our friends at The Lucy Pet Foundation. Enjoy it and heed the message. Click the link or the image. 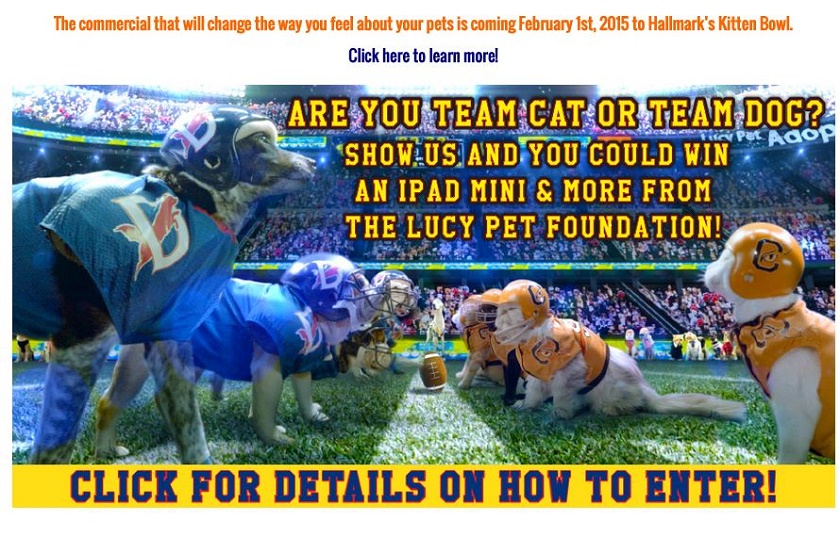