I’m all about dogs and social media now but I worked in the environmental field for 10 years before this. I quit my job to do something completely different because I grew jaded. You would think I would be either a save-the-earth fanatic or anti-earth. I am neither.

When I was working in environmental education and outreach, I learned that “going green” is not black or white. There is a big space between all of the “right” things to do and what people actually do. People sometimes feel overwhelmed because they think if they aren’t doing “enough” then why should even try. It’s ok if people don’t do the absolute best they can do though. It’s the baby steps in the grey area where the difference gets made. If everyone does at least one thing, we can make a difference.

I definitely fall is this grey area. I turn off the water when I am brushing my teeth, I recycle as much as I can, and I religiously scoop my dogs poop (and sometimes other dog’s poop too). Doing these things has become a normal, convenient thing for me. The new, ambitious zero-waste initiative for the BlogPaws conference has got me thinking though – could I be doing just a little more?

According to a couple of New Zealand scientists, a medium-sized dog is more damaging to the environment than an 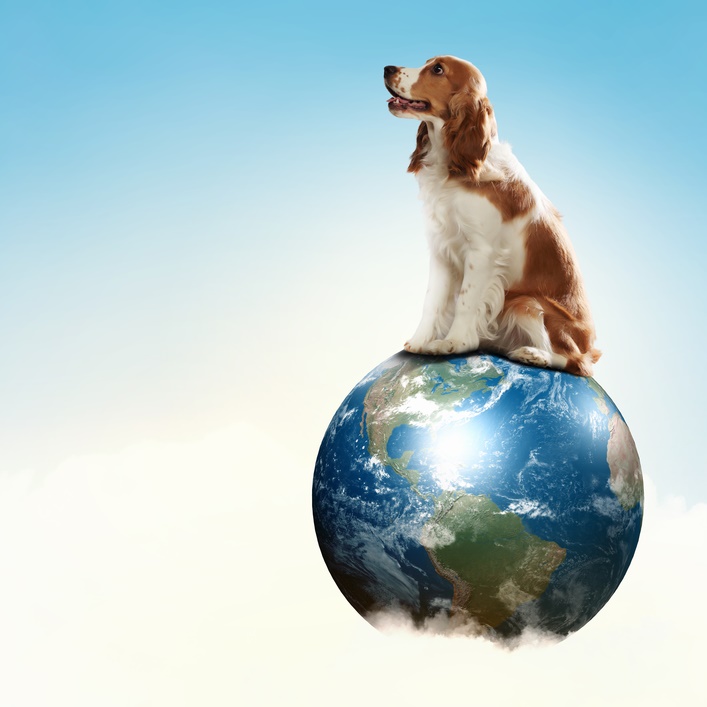 SUV. I haven’t given my actions with my pets a lot of thought before so I thought I would look there first.

So what kinds of things could I do better?

I challenge all of you to think more about your pet and the one little change you can make to reduce the impact they have on the environment. What is one thing you could commit to between now and the BlogPaws conference in May?

And before you think well, my pet is smaller than a dog so it has no effect, the same scientists calculated the impact of other pets too. Cats are roughly equal to small Volkswagens while two hamsters have the same footprint as a plasma television. Goldfish are comparable to a pair of cell phones.

Every pet has an impact and every pet parent can make a difference. Let’s hear your ideas in the comments.

(Editor’s Note: BlogPaws is undertaking a Zero-Waste Initiative at its May 2015 Conference in Nashville, TN.)

Click this link to a video of BlogPaws Conference Speaker Laura Nativo, The Fairy Dogmother, on the Hallmark Home And Family Show in which she talks about being environmentally friendly with our pets. 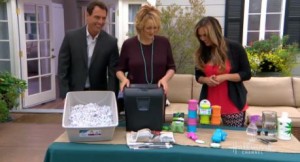