Here's the story, as it appeared on Facebook at Humanity's Team – and below, the Kindness Card, with a link to allow you to print more – for handing out as you go about your holiday shopping. Let's pay it forward, folks. 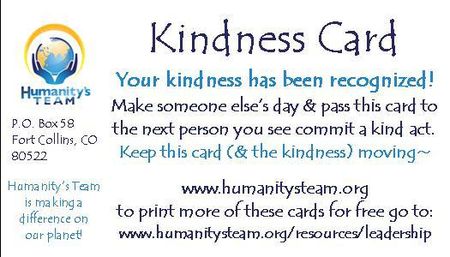 One Response to “Kindness Card for sharing”