History has been made, as an unprecedented verdict has been reached in
the Iquitos area of Peru, where the not-for-profit organization, Amazon
CARES, secured a conviction in the case of a woman who was charged with
poisoning a 5-month-old puppy.

Many of you might have had the opportunity to meet Molly Mednikow, fellow BlogPaws' community member and founder of Amazon CARES.

In this particular case, Sandra Milagros Padilla Alvis, never imagined
that an attempt on the life of Arthas, a 5-month-old puppy, owned by
Alfredo Martín Díaz García, would result in being charged for a crime.
In the 3rd Counsel Magistrates Court, Padilla Alvis was sentenced for
offenses against morality under an Animal Abuse and Cruelty Code and
will pay fines of 2000 Peruvian Nuevo Soles, which will cost her
one-fourth of her income for nearly seven months.

Earlier this year, Amazon CARES signed an agreement to work with the Iquitos Bar Association. 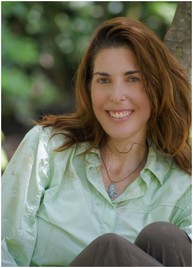 Together, these two groups have fought hard for a well-earned victory.

After seven months, this landmark verdict was recently handed down in an
animal abuse case in this small town of South America. This is a legal
precedent for all of Peru, and an example for many Third World nations.

A native of Memphis, Tennessee, Molly Mednikow received her MBA and
began working in her family’s jewelry business. Though successful, she
began traveling to the Peruvian Amazon to deliver school supplies to
remote jungle villages. By 2004, her interests in Peru had grown to the
extent that she made a life-altering decision. She stepped away from her
jewelry business to spend a year in the Amazon. In 2005, she finalized
her decision and made her move official, selling her business back to
family members. Mednikow lived in the Peruvian Amazon until 2008, when
she returned to the United States to open an office from which her
charity could grow. Mednikow divides her time between Peru and the
United States.

Together, we can make a difference. Learn more about Amazon CARES by visiting their website at www.amazoncares.org. BlogPaws salutes you, Molly! 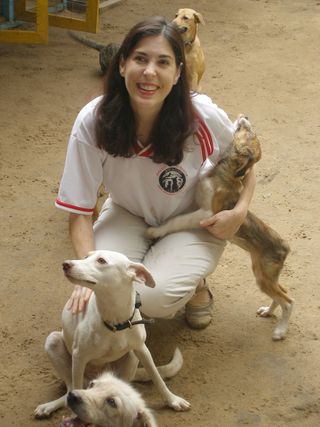