Lil Bub, Simon’s Cat, Nyan Cat, Keyboard Cat, Henri le Chat Noir, and Grumpy Cat to name just a few—these socially savvy cats indisputably rule the Internet with millions of collective followers on Twitter, Facebook, YouTube, Instagram, and more.  People just can’t get enough of these fabulous felines, and it seems nearly every day a new kitty star is born. As someone who is a devoted cat parent, cat blogger, cat author, and cat advocate, I can understand the fascination—cats are a lot of fun—but I also know the popularity is deceiving, diluting some serious problems with our feline friends. 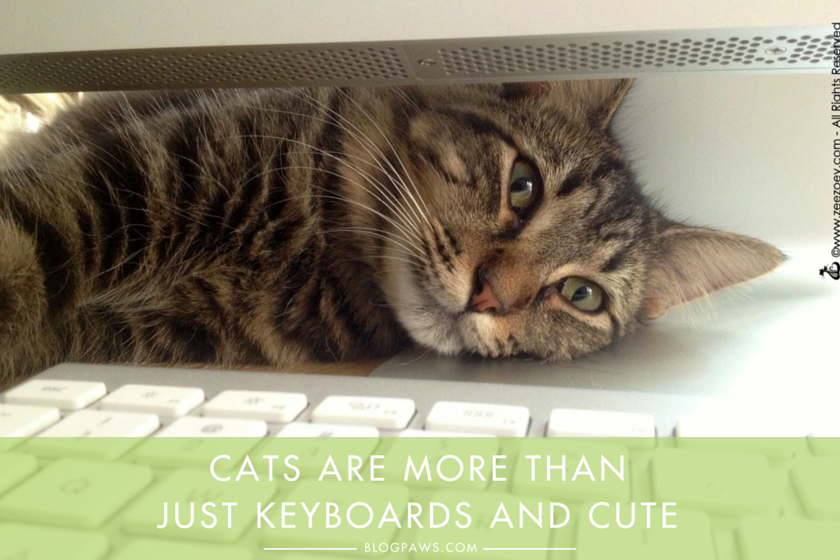 The Internet would make it seem as if cats are living the life of Riley—a carefree world where every cat has a warm lap to nap on and a bottomless bowl of fresh food. When you’re able to surf through endless images of cute cats 24/7/365, it’s easy to forget there are deeper issues at hand. But the fact is, according to the American Society for the Prevention of Cruelty to Animals, there are upward of 70 million homeless cats in the United States alone. Of this staggering figure, approximately three to five million are cats that end up in shelters, with half of them euthanized because their numbers far exceed willing adopters.

The remaining cats are living on the streets, a combination of feral cats (community cats) and strays that have either been abandoned by people, or are lost from home. The majority of these cats are not spayed or neutered, and because cats can reproduce at an alarming rate, cat overpopulation remains an issue. A pair of unaltered cats can actually be responsible for up to 5,000 additional cats in a seven-year span.

In order to reduce the numbers, disseminating factual information to the mainstream public on the importance of spay/neuter is step one. Many people don’t realize a female kitten can become pregnant as early as four months of age and a male kitten can impregnate a fertile female at the same young age. A “pre-pubertal” spay/neuter with kittens is now recommended—ideally between eight and 12 weeks of age. The importance of TNR (Trap, Neuter, Return) efforts to control community cat populations also needs to be communicated.

The other issue is the inaccurate stereotypes about cats that continue to exist in our modern society. Black cats are consistently passed up for adoption because some people consider them to bring bad luck.  Some people think cats are too independent to make good pets and many people consider them disposable. Rather than correct a behavioral issue, such as a litter box problem, they’ll dump the cat on the street or bring it to a shelter. Since shelters are already overflowing with cats, it could mean a death sentence for the cat, and for those that dump the cat, not only is it cruel, it’s against the law.

Cats are also the butt of stereotypical jokes in the media; crazy cat lady references crop up in television shows and movies all the time and some men are still embarrassed to admit they love cats. Cats can be funny—but when the joke does nothing but perpetuate a negative connotation, little good comes from it.

As an active member of the BlogPaws community, the question is: How do we break outside of our current blogging and social media niches to reach a larger audience, above and beyond the fun stuff, so positive strides can be made to encourage cat adoptions, promote responsible spay/neuter, and dispel negative stereotypes?

We’re a blogging community with potential for enormous influence—I’d love an open conversation—what works and what doesn’t? The more we share, the better cats will fare!

Deborah Barnes is a 2016 BlogPaws ambassador and resides in the tropical paradise of South Florida with her fiancé and feline family of seven. She is the author of the 5-star rated books, The Chronicles of Zee & Zoey – A Journey of the Extraordinarily Ordinary and Purr Prints of the Heart – A Cat’s Tale of Life, Death, and Beyond as well as the award winning blog, Zee & Zoey’s Cat Chronicles, that covers the everyday journey she shares with her cats along with topics from the humorous behaviors of cats to very serious subjects on pet responsibility. Deborah was awarded 2013 “Writer of the Year” by Friskies Purina on behalf of the Cat Writers’ Association and she is also the Secretary of the nonprofit, Pawsitively Humane, Inc. of Miami, Florida, whose mission is to create public awareness and reduce the numbers of animals on the streets and in shelters through an extensive educational campaign. Visit her on Facebook.