August 17th is Black Cat Appreciation Day, and since we appreciate all animals, we wanted to join the blog hop being hosted by The Musings of a Crazy Cat Lady and Snotface and Twiggy. According to Wikipedia "In 2011, August 17 became known as Black Cat Appreciation Day. This was the result of a personal public-awareness campaign launched by Wayne H. Morris earlier that year on Facebook. He chose August 17 in memory of his sister's passing and her 20-year-old black cat, Sinbad, who died two months before her. The purpose of this day, as stated on Morris's Facebook page, is to dispel superstitions and help black cats get adopted. According to Morris, fewer black cats are adopted from shelters than cats of other coloring."

These black cats are up for adoption through Petfinder.com and various shelters/rescues. Take a look and maybe honor today by adopting a new black cat. And don't forget, cats often do best in pairs! 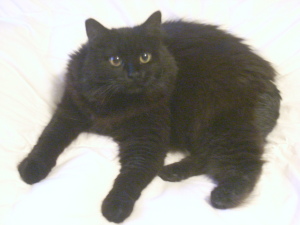 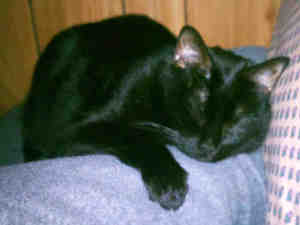 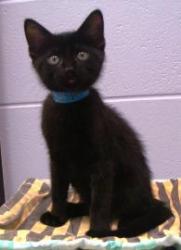 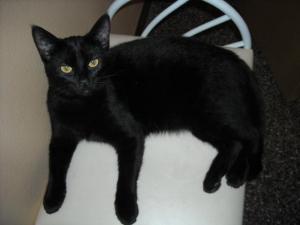