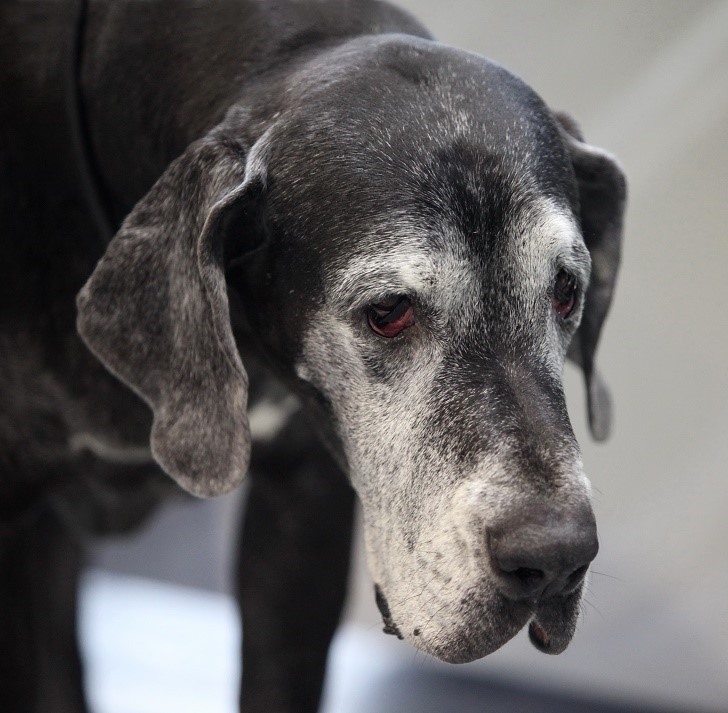 The puppy “accidents” and kitten “crazies” have resolved into a mature, well-behaved and beloved pet. But when did that sugar frosting on his ears and muzzle appear? The day King fails to beat you to the door, or Sheba sleeps through the sound of kibble hitting the bowl, takes you by surprise.

Your beloved pet friends are old.

I live with two senior pets and they actually inspired me to write, including “aging pet” books. Magical-Dawg, my German Shepherd, is now nine, and Seren-Kitty, my Siamese wannabe, is nineteen! Gray hair doesn’t bother them (the way it does us!), but they experience plenty of the same aging changes and these influence the way pets feel, look and behave. Let’s discuss behavior in your aging pets.

How Old Is Old?

A good definition of old age for an animal is the last 25 percent of its lifespan. That means if a cat lives to age sixteen, she’d be considered “old” at twelve-years-old, while a dog that lives only until age ten is considered old at seven-and-a-half.

It’s impossible to predict what an individual pet’s lifespan will be so the beginning of old age is a bit arbitrary. Early preventive care, the pet’s breed and genetic influences, environmental factors, and even individual foibles impact how quickly or slowly your pet ages.

Generalities can be made, though. Large and giant breed dogs tend to age more rapidly and may be considered “old” by five years old. Medium size dogs are often considered “old” at age seven. Some of the smallest dog breeds, like cats, age more gracefully and may live well into their mid- to late-teens or even early twenties. 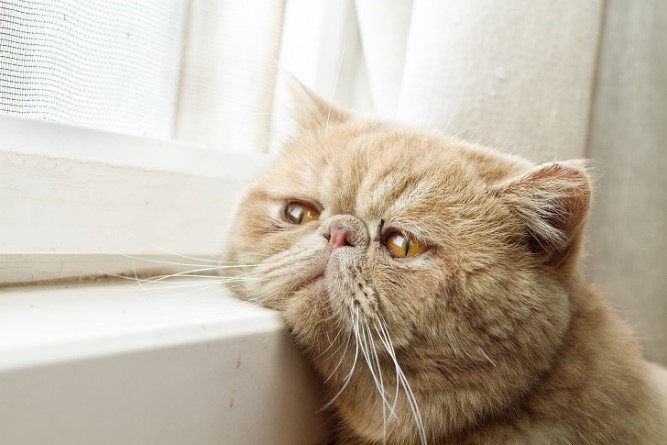 As people get older, our senses become less acute. We reach for reading glasses, food doesn’t taste quite the same, and sometimes we accuse friends of speaking too softly for us to hear. Internal aging changes, such as how well the kidneys or heart work, require veterinary tests, but attentive owners easily notice other physical changes.

Pet senses are even more sensitive than people, but cats and dogs don’t have the benefit of bifocals or hearing aids. Loss of hearing or eyesight may be so gradual that owners won’t recognize the problem until pets act out with behavior changes.

Joints and muscles become less flexible with age, and nearly all older dogs and cats suffer from some degree of arthritis. Again, you’ll notice behavior changes.

Oldsters also tire more easily and become less active, and feel the heat and the cold more acutely. That means pets who loved outside rambles in their youth may be reluctant to spend time when the temperature feels uncomfortable, and find a more convenient spot to potty—like under your piano bench. Less exercise of course can lead to a pudgy pet, which puts more strain on creaky joints.

Older dogs and cats typically need more frequent bathroom breaks. Sometimes they have less capacity to “hold it” and can’t make it out the doggy door in time. Spayed dogs may lose bladder tone and dribble urine, particularly when they sleep. Other pets may forget to ask to go out.

Very old pets can develop cognitive disorders from changes in the aging brain that resemble Alzheimer’s disease. This heartbreaking condition include any one or combination of behaviors, including confusion, forgetting housetraining, irritability, change in awake/sleep cycle, and even the inability to recognize familiar people, places or activities.

These behavior changes could be due to treatable conditions, though. The best way to ensure your aging pets’ health and happiness is to recognize NORMAL behaviors. That way, you’re alerted when anything changes and can seek professional help when needed.

After all, your old cat and dog have given you a lifetime of love and companionship. I know that Magic and Seren have. Caring for them during their golden years is what we do for our family.

Amy Shojai is a certified animal behavior consultant, a former vet tech, and author of more than 30 pet care books. You can learn more at her Bling, Bitches & Blood Blog at http://amyshojai.com