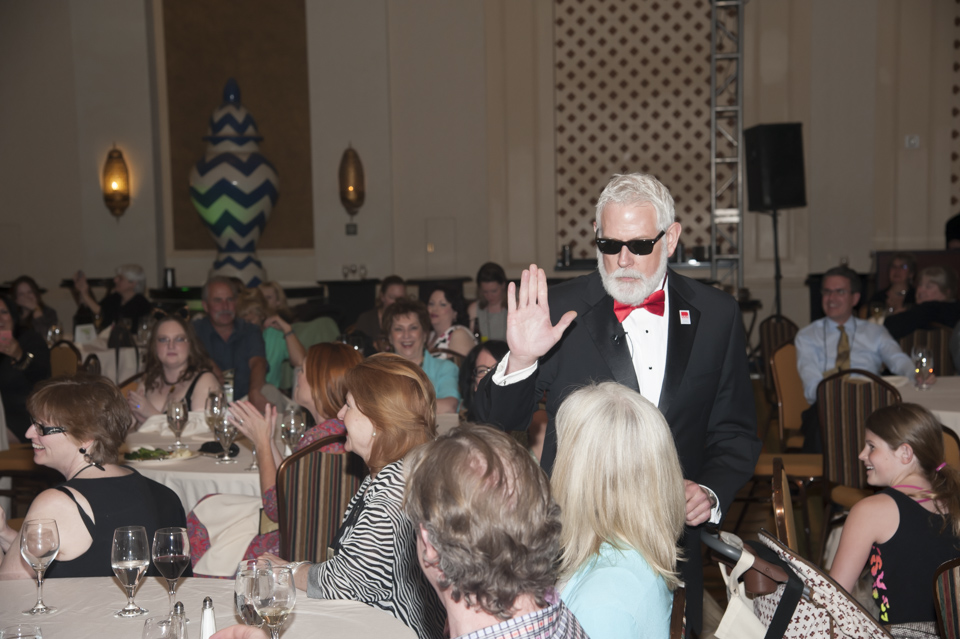 Some people know how to make an entrance. Michael Cavanaugh is one of those people and a pet industry rock star.

As the Emcee for the BlogPaws 2014 Nose-to-Nose Pet Blogging and Social Media Awards, Cavanaugh shared his wit, candor, charm, and message with the packed house. He did all of this after making this very memorable entrance:

Who is Mike Cavanaugh? Dr. Michael Cavanaugh graduated from the Kansas State University College of Veterinary Medicine in 1983. He became the Chief Executive Officer of the American Animal Hospital Association (AAHA) in January 2010. He practiced at AAHA-accredited hospitals including West Ridge Animal Hospital in Topeka, Kansas, which he opened in 1988. He became a Diplomate of the American Board of Veterinary Practitioners (Canine and Feline) in 1996, and later recertified in 2006. He gained valuable experience in the animal health industry working with several organizations including Pfizer Animal Health where he was Director of Veterinary Hospital Services.

But what really goes on at AAHA and what does it mean to have those initials? How cool would it be to sit down with this pet industry rock star and have a chat face to face with him? If you missed the BlogPaws Conference in Vegas, you probably heard how fantastic it was. Mike was there, and he gave this exclusive interview to Pet World Insider’s Robert Ludlow. Grab a cup of coffee and kick back with these two must-see guys in action: