According to a recent news article: 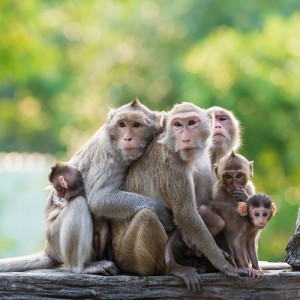 “They’re (Monkeys) everywhere,” one angry neighborhood resident explains. “My kids can’t even play outside because there’s so many of them.”

There are no official numbers, but estimates suggest there are tens of thousands of monkeys roaming Delhi’s streets. The city’s large tree canopy and forests offer the perfect natural habitat for the monkeys to live. But in several areas, particularly certain upscale neighborhoods, there are more monkeys than people.

For most people, if you want t see a monkey you typically go to the zoo, in Delhi, though, they are running rampant on the streets. Read the entire article here.