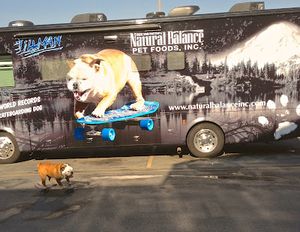 Those of you who were at the BlogPaws 2012 conference last year in Salt Lake City are in for a treat! Actually, we all are…

Remember Tillman the Skateboarding Bulldog and Norman the Scooter Dog from Natural Balance Pet Foods, who hung out with us, took photos with their fans, and gave us a super skater exhibition in front of Tillman's rock star tour bus??

Did you know that while they were there, they were actually filming scenes for Season Two of "Who Let The Dogs Out!?" They interviewed lots of pet bloggers – and you'll be able to see some of them on this Friday's episode!

So, be sure to check your local cable provider for "Who Let The Dogs Out" on The Hallmark Channel – somewhere between 10am and 2pm in most time zones, and watch for footage from the conference and your pet blogger pals (or maybe you!). If you won't be home, set your DVR to watch later – and tell all your friends. There's an added incentive, too.  ; )

Tillman and Norman hosted Twitter TV Viewing Parties last week at 10am and 1pm PT (they'll be doing that for the run of the show on Fridays with the hashtag #TillmanTV). They talked with their fans, gave away some prizes and tweeted a link where people could enter The BlogPaws "Who Let The Dogs Out" Sweepstakes, with the pawsome prize of a Full 2013 BlogPaws Social Media and Pet Bloggers Conference Registration (from BlogPaws) AND a Free Hotel Room at the Sheraton Tysons Corner, VA (from "Who Let The Dogs Out"). Which, coincidentally, is where the conference is. BOL! It's a prize package worth approximately $575.

The lucky winner was Jennifer from mybrownnewfies.com. Congratulations, Jen! We'll see you at BlogPaws 2013 May 16-18! Woot! 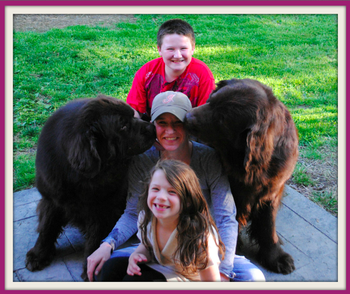 But wait! There's more…
There will be ANOTHER winner this weekend!

This time, the winner will be chosen using Random.org from qualifying posts linked up to the "Who Let The Dogs Out" at BlogPaws Blog Hop which will be hosted on Tillman's blog at TillmanSkates.com beginning on Friday, February 8th – But you need to watch the show before you post. If you don't get the Hallmark Channel, ask one of your friends to record it for you! You have until Sunday to enter the Contest. The prize is the same with the same approximate value of $575. 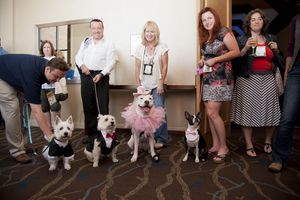 Go to TIllmanSkates.com and link up to the Who Let The Dogs Out at BlogPaws Blog Hop.
Be sure to link up your blog post by Sunday night. The Blog Hop will end at at 11:59 PM Eastern Time, Sunday, February 10, 2013.

The winner will be chosen from the qualifying blog hop entrants using Random.org on Monday, February 11, 2013 and the winner will be emailed that day. Winner must reply via email within 48 hours to claim their prize. A qualifying entry will include all 3 of the outlined details above and be linked up in the blog hop.

Please read BlogPaws full rules and regulations for contests and sweepstakes before entering:
"Who Let The Dogs Out" at BlogPaws Contest Full Rules and Regulations

Photos courtesy of "Who Let The Dogs Out" and MyBrownNewfies.com

10 Responses to “The “Who Let The Dogs Out” at BlogPaws Contest!”