Aaahhhh that "new puppy smell." Along with that comes the almost constant trips outside to teach them 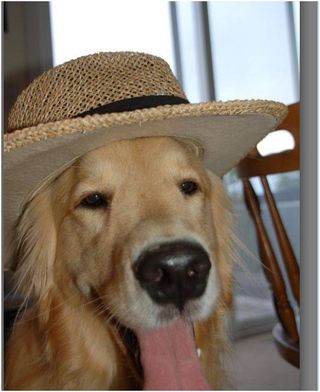 that potty is to be done in the grass, not on the carpet. Then you may have to deal with, "did you chew another pair of shoes?" or, "Don't scratch the furniture when the scratching post is right there!" Along with the joys of owning a puppy, kitten or other young pet of any breed comes the task of making her a well-mannered member of the family.

If you're craving the love and affection of a pet but aren't certain you're up to "raising a child" again, adopting an older pet may be the answer. Also, when you consider that shelters are overflowing with older pets in need of loving homes, it makes even more sense.

Here are seven top reasons to adopt an older/senior pet:

BlogPaws is also proud to partner with our BlogPaws Community Members who are offering prizes during the month of August as we continue to Celebrate Senior Pets. Community members who have donated include:

Mark your calendar: #BlogPawsChat on
Tuesday, August 27th from 8–10 PM EDT where Natural
Balance will be our guest to talk about honoring Military working dogs once
they retire. We’ll chat about the Military
Working Dog Teams Monument that will be dedicated at Lackland Air Force
Base in San Antonio, Texas in October 2013. Plus, Natural Balance will give away
some Tillman treats during the chat!