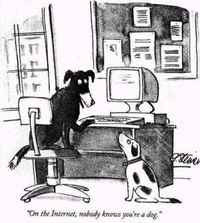 This is not news, per se. These incidents have all been reported many times before. But, they are an important reminder of how easy it is to 'fail' in social media. We, at BlogPaws, experienced a 'fail' a few weeks ago and are stronger and better for it. We consider it a learning experience. This article, "14 epic soical media fails," from Econsultancy Digital Marketers United™, written by Cleo Kirkland made me think of our experience and how even in failure, it's possible to learn something valuable.

I'll cite three of the ones I think are most relevant to us, and ask you to hop over to the actual article to read the rest. These are great learning tools… take the time to visit the site and learn from the mistakes of others.

L'Oreal Faked it: The fashion and make-up giant created a "fake blog" and paid the price for it. As Kirkland says, "L'Oreal's social media presence took a huge hit when it was revealed that they created a fake blog. Push marketing in the social media space is always a bad idea, especially when it's this blatant."

Lesson: be genuine. (don't believe the cartoon – we'll find out if you're a cat pretending to be a dog, or vice-versa!)

My Dell Hell: Gizmodo published this photo of an exploding Dell laptop and the rest i 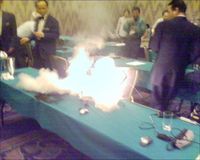 s history, as they say. "This single image spread like wildfire across the blogosphere, causing Dell to eventually recall over  four million laptop batteries," Kirkland writes. Dell's response was less than immediate – causing a much bigger firestorm.

Red Cross gets slizzerd: When Red Cross's soical media specialist sends an inappropriate tweet from his business account instead of his personal account, Red Cross doesn't panic or go into lock-down

mode. "…the Red Cross did a great job of owning up to the mistake, and even poked fun out of themselves in a later tweet," Kirkland writes. "It was a big goof but not a total fail."

Lesson: when you're wrong, you're wrong -regardless of who on the team commits the wrong; admit it, and apologize.

The other 11 are just as worthy of your time and attention. Hop over and read all about them. Understanding how easy it is to make mistakes, but how important it is to fix the mistakes, can be the difference between success and failure.

Everyone makes mistakes. Everyone fails, occasionally. It's in the recognition of your failure and the work you do to (a) fix it and then (b) implement processes to make sure it doesn't happen again, that proves to your clients and customers how committed you are to them.

Kirkland says, "… if mistakes are made, be prepared to go through the appropriate social media channels to push an apology message out there. And make sure that while pushing your apology out there that you're interacting with disgruntled customers."