It was Shakespeare who wrote, “A rose by any other name would smell as sweet.” In other words, a name is just a title. A name doesn’t change the dynamics of a thing. It is funny how titles and words can get some folks so upset. This has recently come to my attention by several of my blogging friends that identify themselves as pet parents. Apparently some people believe the title of parent can only be used in conjunction with a human offspring. I decided to see what good old Merriam-Webster had to say on the matter.  As a noun, it means a father or mother. In verb form it is to “be or act as a mother or father to someone.” I mean no offense to anyone when I say that I consider myself a pet parent. It just so happens that I am a parent to two very human and two very hairy dog children. I gave birth to the humans and I adopted the dogs. Don’t people that adopt have the right to call themselves parents? Bentley doesn’t even remember his birth mother, so I fill that role in his life. I don’t own him, I own inanimate objects. He is a part of my family. Frankly, I love him more than some human family members. 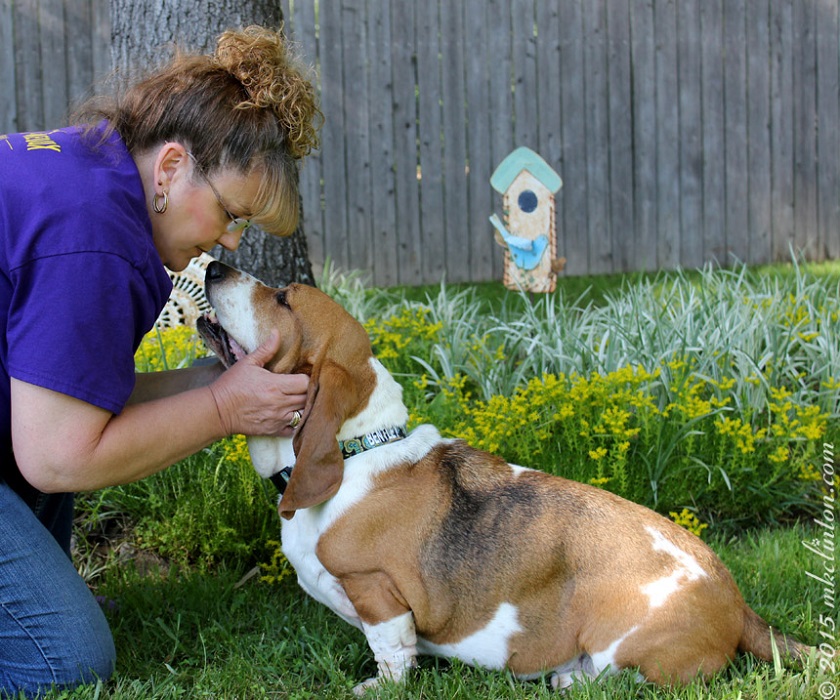 The argument offered is that you can’t know what it is truly like to be a parent unless you’ve given birth. I get the argument, I really do. I just think that we are too hung up on titles. My children were both born via C-section. Does that mean that I didn’t actually give birth to them? I have two giant scars that would disagree. I also have scars from my dogs. Both human children and pets leave their parents with scars, sometimes they are visible and other times they are not.

Non-pet parents say that until you have worried about a child, you can’t understand being a parent. Really? Spend five minutes with a pet parent of a dog or cat with cancer. They are worried sick about their loved one. Is it the same level of worry as a parent with a child battling the disease? I can’t say for certain, but who are we to judge how deeply another person worries? When someone that you love is sick, you worry. It’s what parents do.

People who love their pets do so unconditionally, just like with humans. We swell with pride when someone compliments them; we send them to school and clap at their graduations. They have Christmas stockings and birthday parties.

We worry about someone abusing or picking on our little ones. There are bullies in the public school system, there are bullies in the pet world and there are cyber-bullies. It is our job as parents to protect our babies from all of them. Just as you would react to someone pushing your child to the ground, pet parents react if another dog or human harasses their baby. As a mom, I would defend my kids and my dogs from anyone wishing them harm. If you mess with my family, you’re going to have to come through me first. It breaks our hearts when someone is mean to someone we love. We hurt whenever they hurt. It comes with being a parent.

Parenting means that you care for another and can’t imagine your life without them. I love my children and I love my dogs. It would be devastating to lose them. The fact that our pets don’t have the life expectancy of our human offspring doesn’t make their lives less meaningful. My daughter and son changed my life in unimaginable ways. They made me a better, happier person. I love them more than I thought a heart was capable. Bentley, my Basset Hound also changed my life in ways that I never thought possible. My love for him is immeasurable. Having my kids presented me with the opportunity of working in the school system for years. It was a great experience and I am forever grateful. Having my dog motivated me to become a successful author and blogger. Again, I am forever grateful. 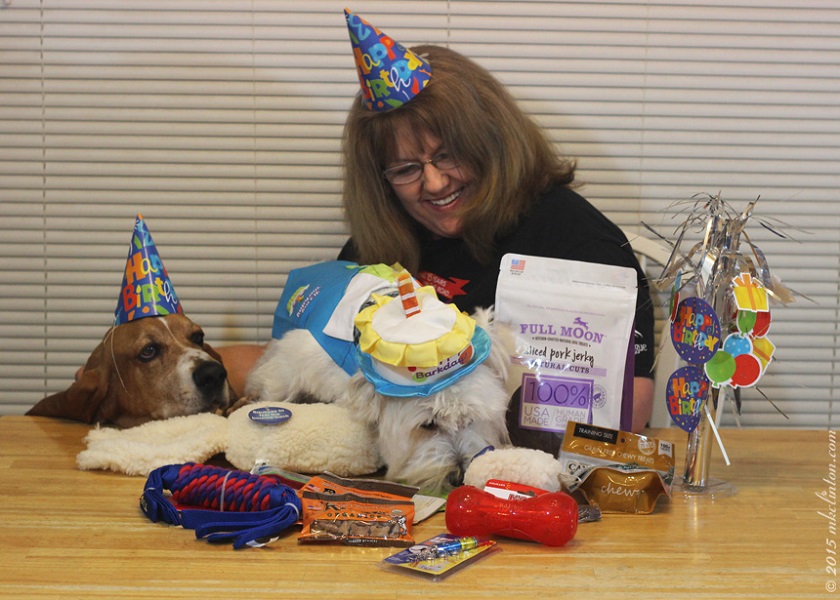 Are there things that you can experience as the parent of a human that you don’t have the chance to with a dog? Of course, there are. Let’s take those dreadful teenage years, for instance. A dog will never roll its eyes at you or argue until they are blue in face. Unlike a teen, your pet is always happy to see you. I don’t have to worry about the effects of peer pressure with Bentley. He doesn’t care about fitting in or being popular. There are no emotional breakdowns over a zit on the day of the big dance. I don’t have to cough up $80 for a homecoming corsage or a new gown. He can’t get a girl pregnant, skip school or get arrested. There are no school fundraisers with a pet. Pet parents don’t stress over drug use, alcohol abuse or texting while driving. Those exciting times are limited to the human race.

Do we have any of the same problems being parents to humans and pets? You can bet on that! We worry about them getting sick or hurt. Are they eating the right food and getting enough exercise? Am I being the best parent that I can be for them? These concerns are never apparent until you are a parent.

That is thing about parenting. It involves a lot of love and worry. Those feelings are universal. Nobody has the right to decide who is worthy of those emotions. Parenting is hard. Why make it harder by trying to one up each other on the mom scale? I believe that the world would be better off if we were less concerned about titles and who loves according to our agenda. Why don’t we focus our attention on the children and animals that are not receiving the love and concern to which all living creatures are entitled? After all, isn’t that what we parents do best?

About the author: M..K. Clinton is the founder of Barking from the Bayou dog blog and author of the award-winning book series, The Returns. She is a 2015 BlogPaws conference ambassador. Melissa lives with her husband of 33+ years, her Basset Hound Bentley, and her granddog, Pierre in the bayou state of Louisiana. They enjoy playing, traveling and laughing together.