In a press release received, it was reported that: An unprecedented 15,000 dogs and cats found homes at the nation’s largest free pet adoption event, Maddie’s®Pet Adoption Days, sponsored by Maddie’s Fund®.  Humane Society Silicon Valley (HSSV) participated in this annual two-day event by finding forever homes for 240 local dogs, cats and bunnies and raising an estimated $194,000 in live-saving funds. Not one dog was left at the Milpitas location by late Sunday afternoon.

“It truly takes a village!” says Carol Novello, president at Humane Society Silicon Valley. “I am so impressed with how our community really came together and opened their hearts and homes for 240 animals in just two days. And, thanks to the grant from Maddie’s Fund for each of these adoptions, we are even further empowered to advance our mission ‘To save and enhance lives.’ A truly successful event from every perspective!”

Now in its fifth year, Maddie’s®Pet Adoption Days spanned 591 cities in nine states across the country, including Humane Society Silicon Valley in Milpitas as well as their Neighborhood Adoption Centers at PETCO in Sunnyvale and San Jose.

“As we near our goal of a no-kill nation by 2015, we are thrilled at the sheer number of people who visited participating locations 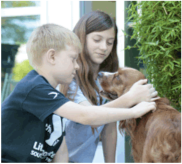 over the weekend,” said Maddie’s Fund president Rich Avanzino.  “We congratulate the groups on a successful event, and applaud the thousands of people who opened their hearts and homes to a shelter pet this weekend.”

Inspired by one family’s love for a Miniature Schnauzer, Maddie’s® Pet Adoption Days has found homes for more than 30,000 homeless dogs and cats since 2010.  For each pet adopted, Maddie’s Fund gives participating shelters from $500 to $2,000 to cover the true costs of those adoptions.  This funding enables the shelters and rescue groups to save and treat more animals throughout the year.

“Each year, Cheryl and I see the spirit of Maddie at every adoption location we visit,” said Maddie’s Fund founder Dave Duffield. “It’s a tribute to her legacy and the power of one little dog to inspire a movement and bring communities together to find thousands of animals loving homes.”

Maddie’s® Pet Adoption Days grew 78% over last year’s 8,432 adoptions.  Maddie’s Fundoriginally set aside $10 million this year to underwrite the adoptions managed by participating shelters and rescue groups, but the total donation amount is likely to be much higher.  Maddie was a beloved four-legged family member of Dave Duffield, founder of Workday® and PeopleSoft, and his wife, Cheryl.  For the last five years, Maddie’s Fund, their family foundation, has sponsored Maddie’s® Pet Adoption Days to honor her memory.

About Humane Society Silicon Valley: Humane Society Silicon Valley is an independent, non-profit animal shelter that has been serving people and pets for over 80 years. In April 2009, we moved from Santa Clara to our new Animal Community Center in Milpitas, the first environmentally “green” certified animal facility in the country to offer an adoption program with a full spectrum of pet and community services. We also operate multiple Neighborhood Adoption Centers in PETCO in the El Paseo Shopping Center in San Jose and on El Camino Real in Sunnyvale. For more information, visit www.hssv.org.

About Maddie’s Fund: Maddie’s Fund® is a family foundation endowed by the founder of Workday® and PeopleSoft, Dave Duffield and his wife, Cheryl. Maddie’s Fund® is helping to achieve and sustain a no-kill nation by providing solutions to the most challenging issues facing the animal welfare community through grant giving, hands-on animal care, and research and education. Maddie’s Fund is named after the family’s beloved Miniature Schnauzer who passed away in 1997. For information about Maddie’s® Pet Adoption Days visit http://adopt.maddiesfund.org.