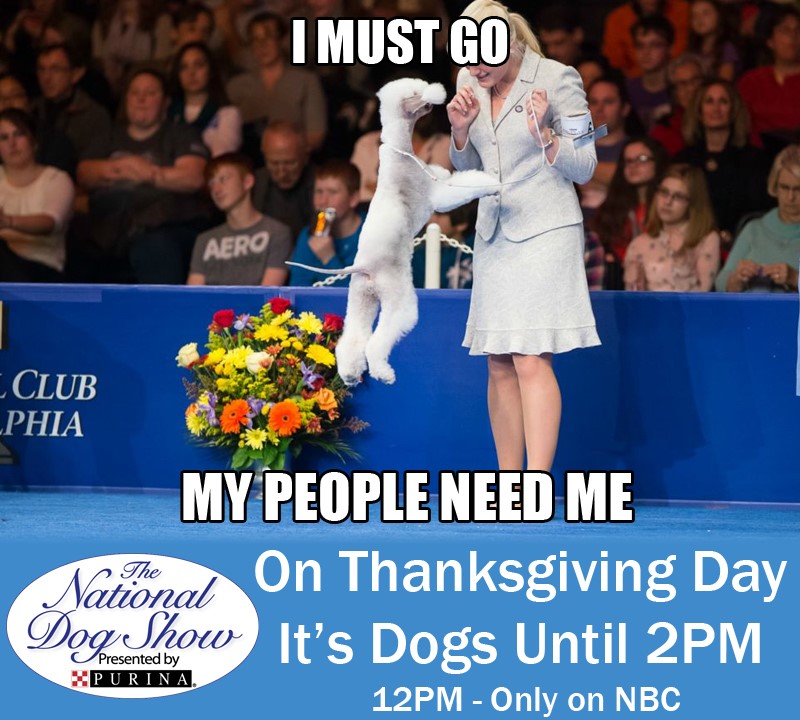 What a wild ride this has been. I got the invitation by email on Tuesday, November 10. And on Friday morning, November 13, I was on board an Amtrak train bound for Philadelphia to cover the National Dog Show Presented by Purina®…as a card-carrying member of the media, for BlogPaws. It was one of the most extraordinary strings of events of my whole 40-something years of life. 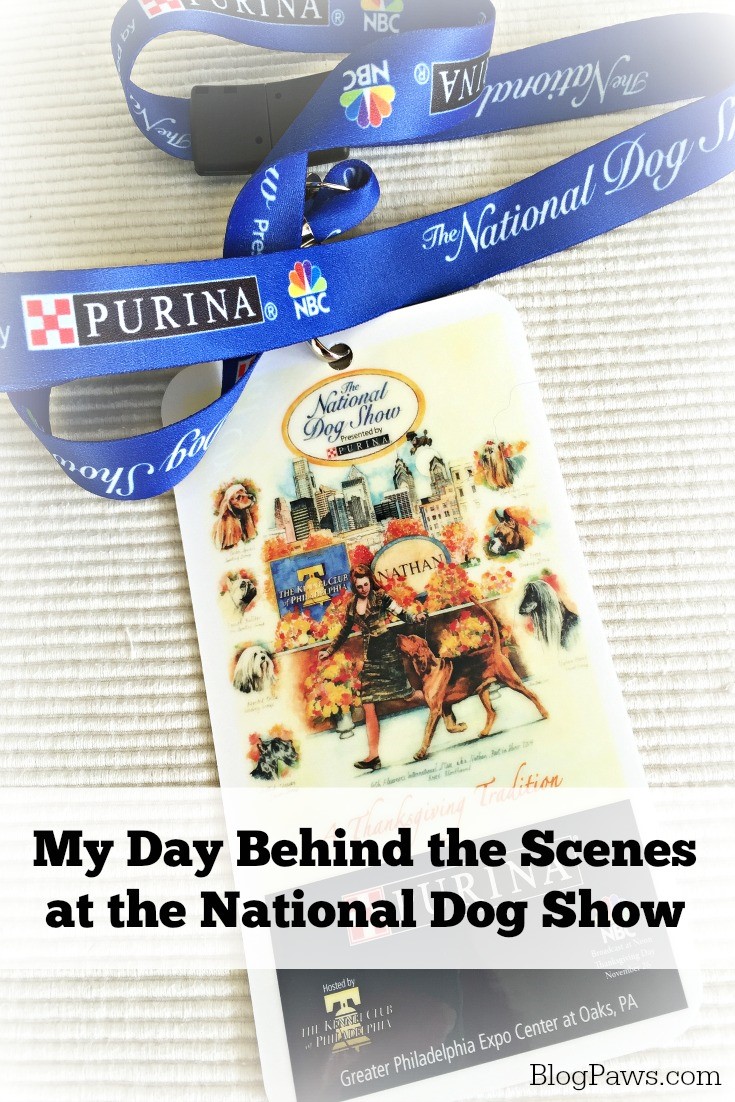 Nope. I’m sorry, but that’s not gonna cut it. I have not done that word “extraordinary” justice. Let me rephrase my opening: Out of the clear blue sky, a member of the Executive Team asked me*…ME!…to cover the National Dog Show, representing BlogPaws! (Because Carol Bryant -the amazing BlogPaws Marketing and PR Manager – at the last minute, couldn’t.)

Three days later…I was on a train to Philadelphia, with five short hours to think about what in the heck I was going to ask the Best in Show winner the next day, because (included in my invitation was the stipulation that) I was going to get an interview! ME! An interview with the winner! (I tell you, I could think of nothing else besides food for the entire five-hour train ride. I love dogs – they would be easy – but PLEASE, don’t let me freeze up and embarrass us all in the interview!)

And, YES, I’m talking about the National Dog Show. The one that aired on NBC Thanksgiving Day, directly following the Macy’s parade, to some 20 million viewers. The SAME one that my family and I (and probably some of you, too) watch on TV year after year!

Oh. My. DOG! But enough about my mid-life dreams-come-true and subsequent anxiety attack…

Let me show and tell you what I saw! 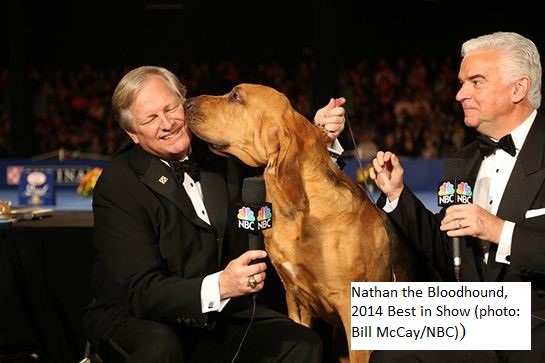 Celebrity host, John O’Hurley (right), and star commentator, David Frei, getting smooches from Nathan the Bloodhound, 2014 Best in Show winner. Squee! Y’all! I was sitting two rows back from this action and watched the whole thing go down. They ended up with about six takes because Nathan…would. not. stop. LICKING! I nearly melted to goo in my seat! 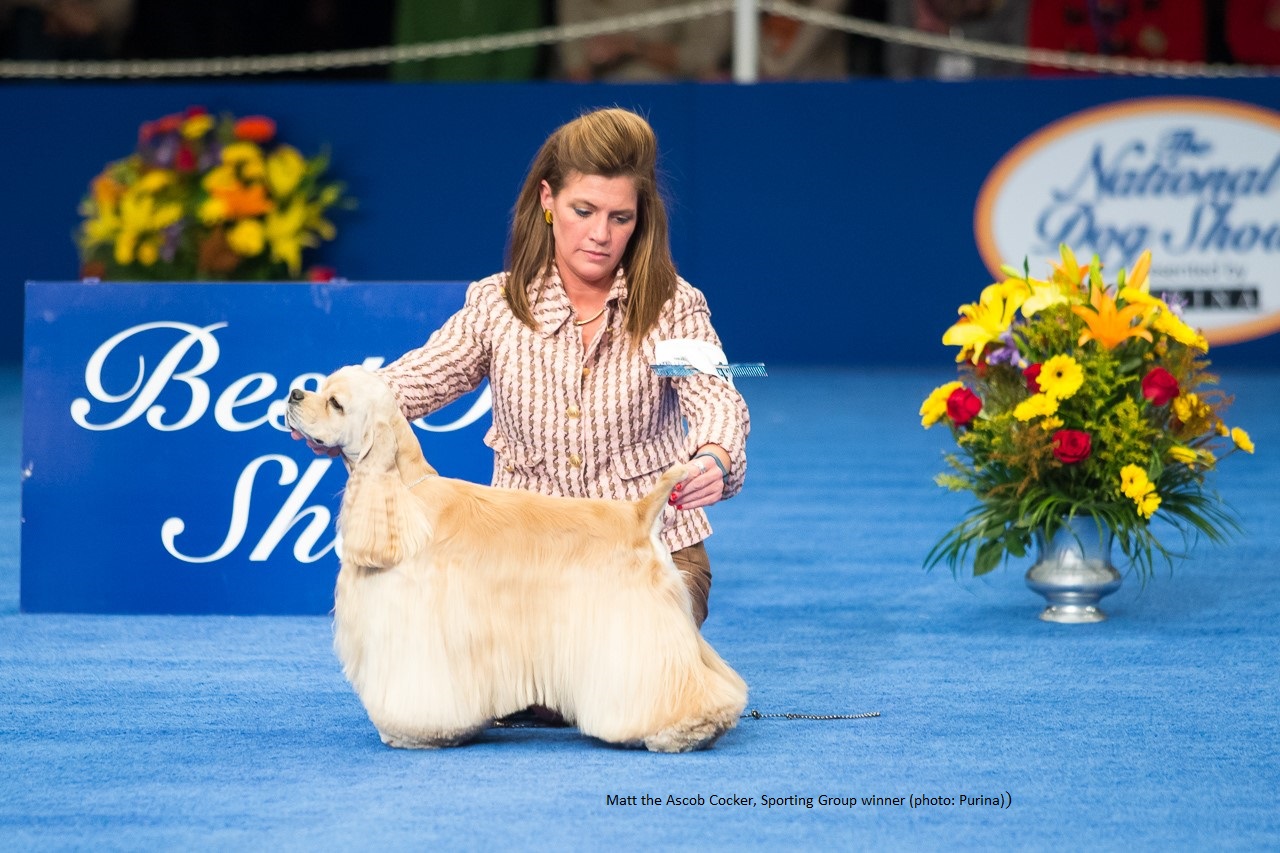 This was not your average-sized dog show, either; there were more than 1,700 dogs in the building (and a whole lot of people, big and small, admiring them)!
Holy smokes, did I see some dogs! OK, not all of them up close, but definitely after I made a few sweeping glances (while travelling on foot) across the enormous, football-field sized venue. 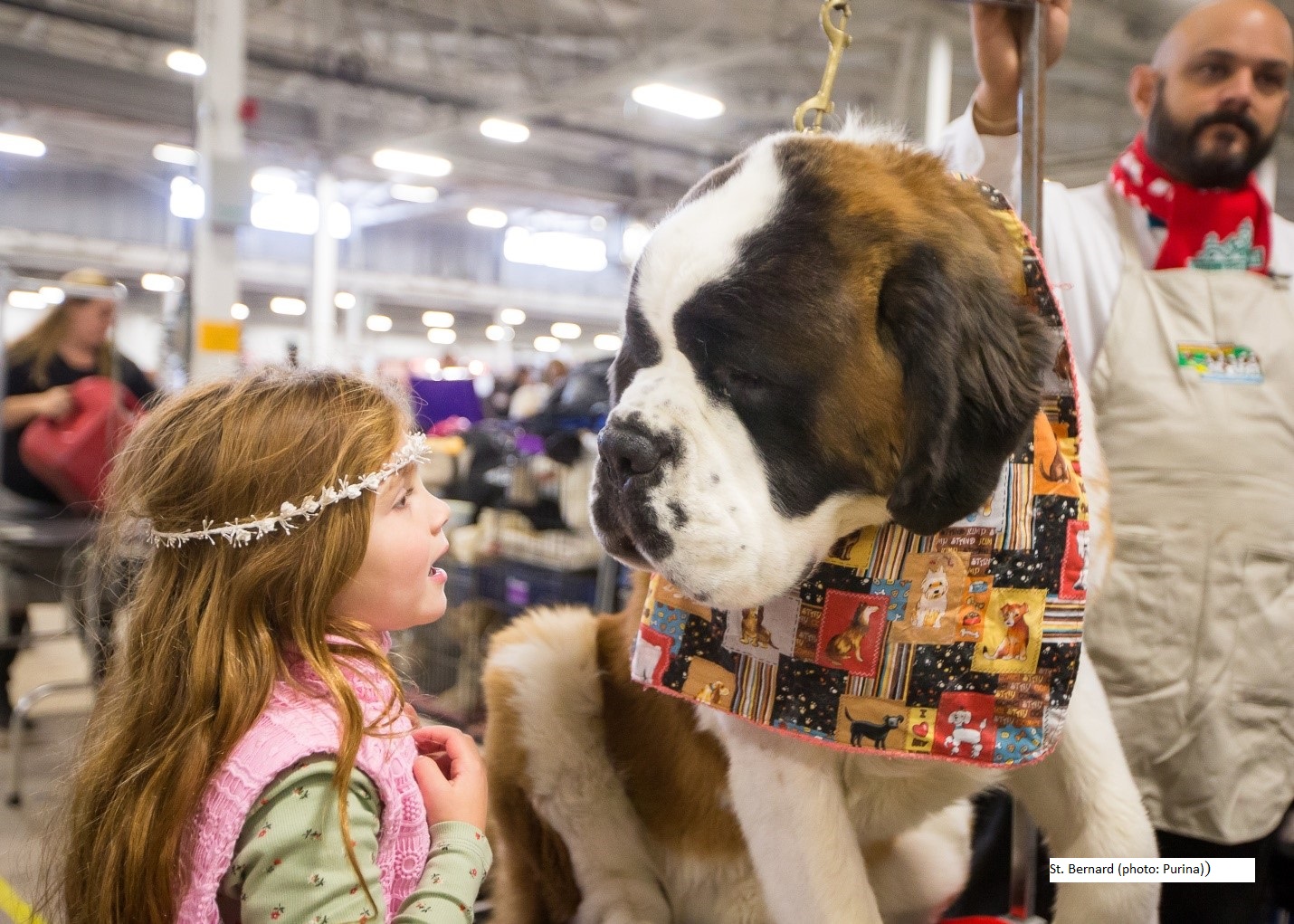 I spotted several giant breed dogs – like this gorgeous St. Bernard – sporting drool bibs.☺ One Newfoundland (despite her bib) had a drool string so big, she accidentally flung it about three feet into the aisle when she turned her head. Girlfriend couldn’t help it! 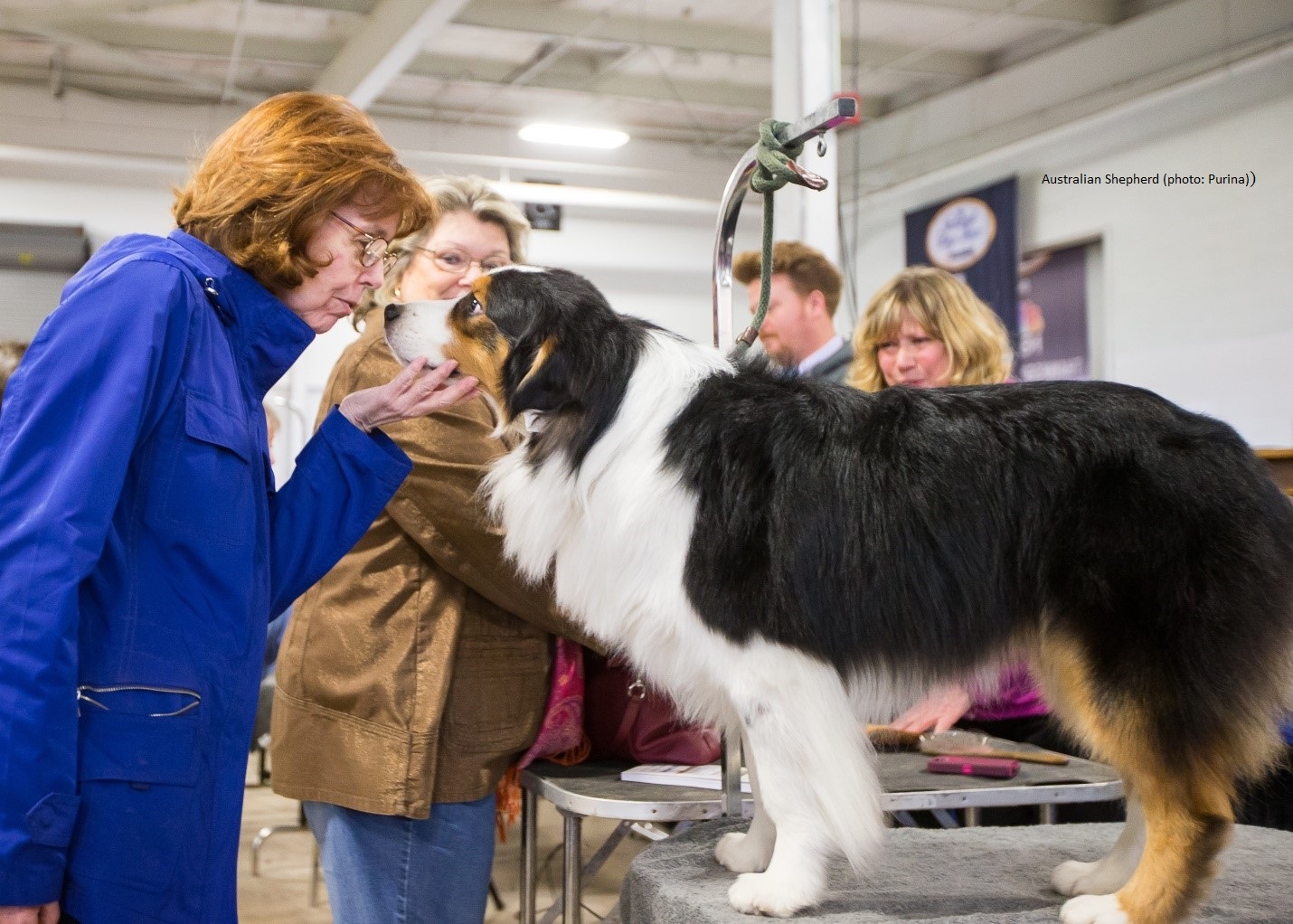 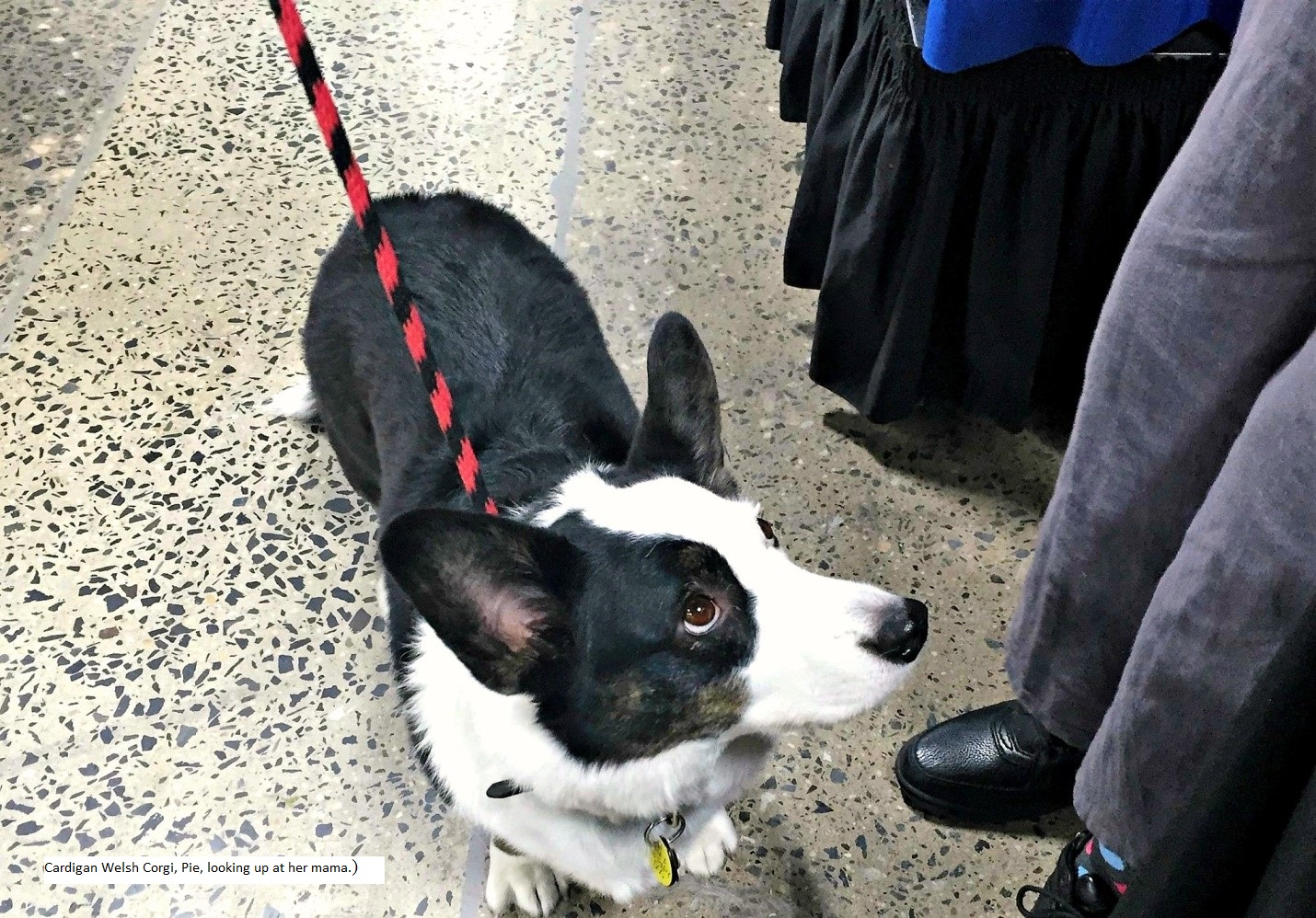 Not all of the dogs I met were competing, either. Miss Pie the Cardigan Welsh Corgi (pictured above) – whom I serendipitously met, along with her photog mama, in my hotel the night before – was along for the ride as a pet. And she made my day! (Hint: I have two Cardigan Welsh Corgis at home.)  As did meeting BOTH corgi best of breed winners and their handlers! 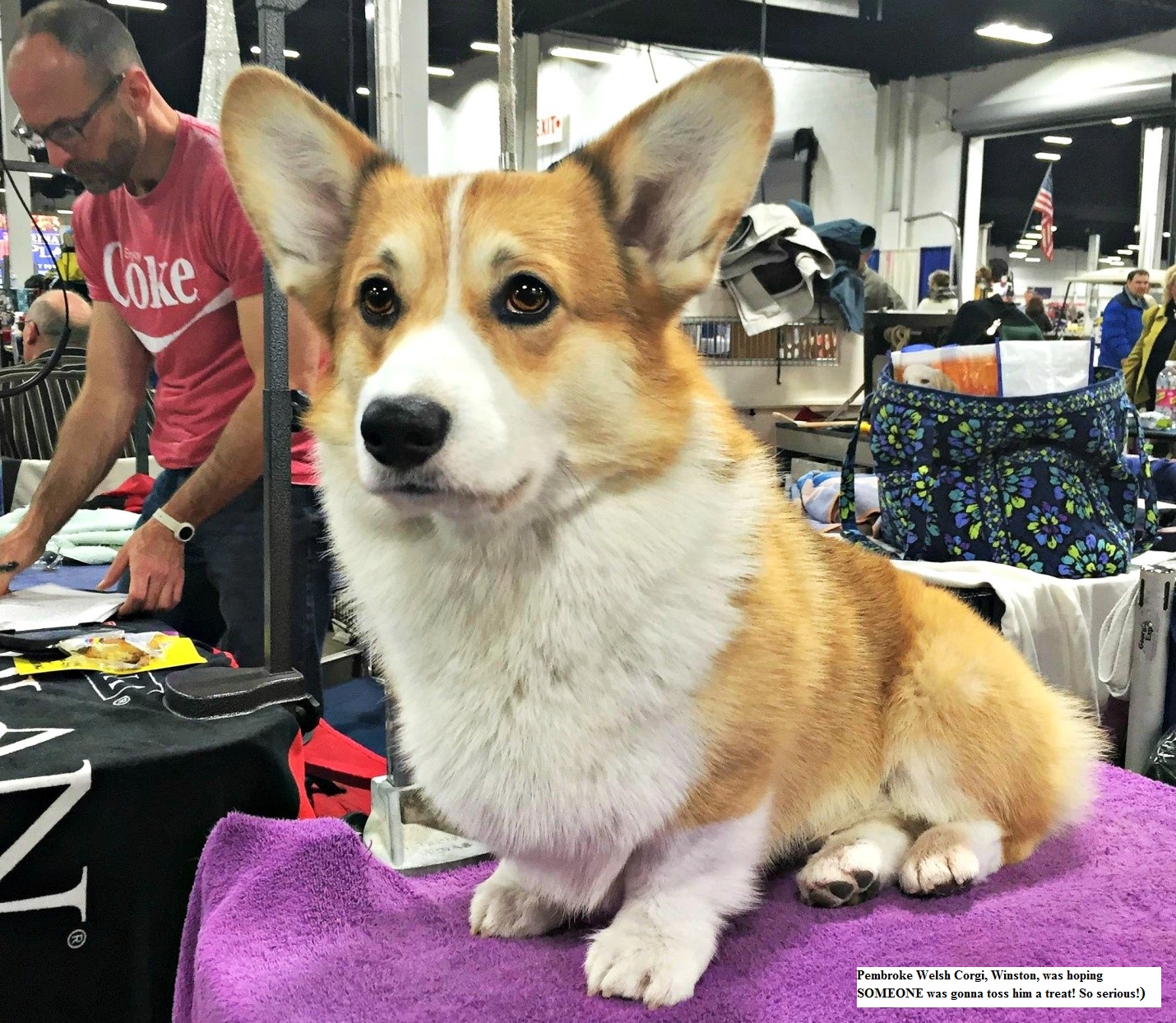 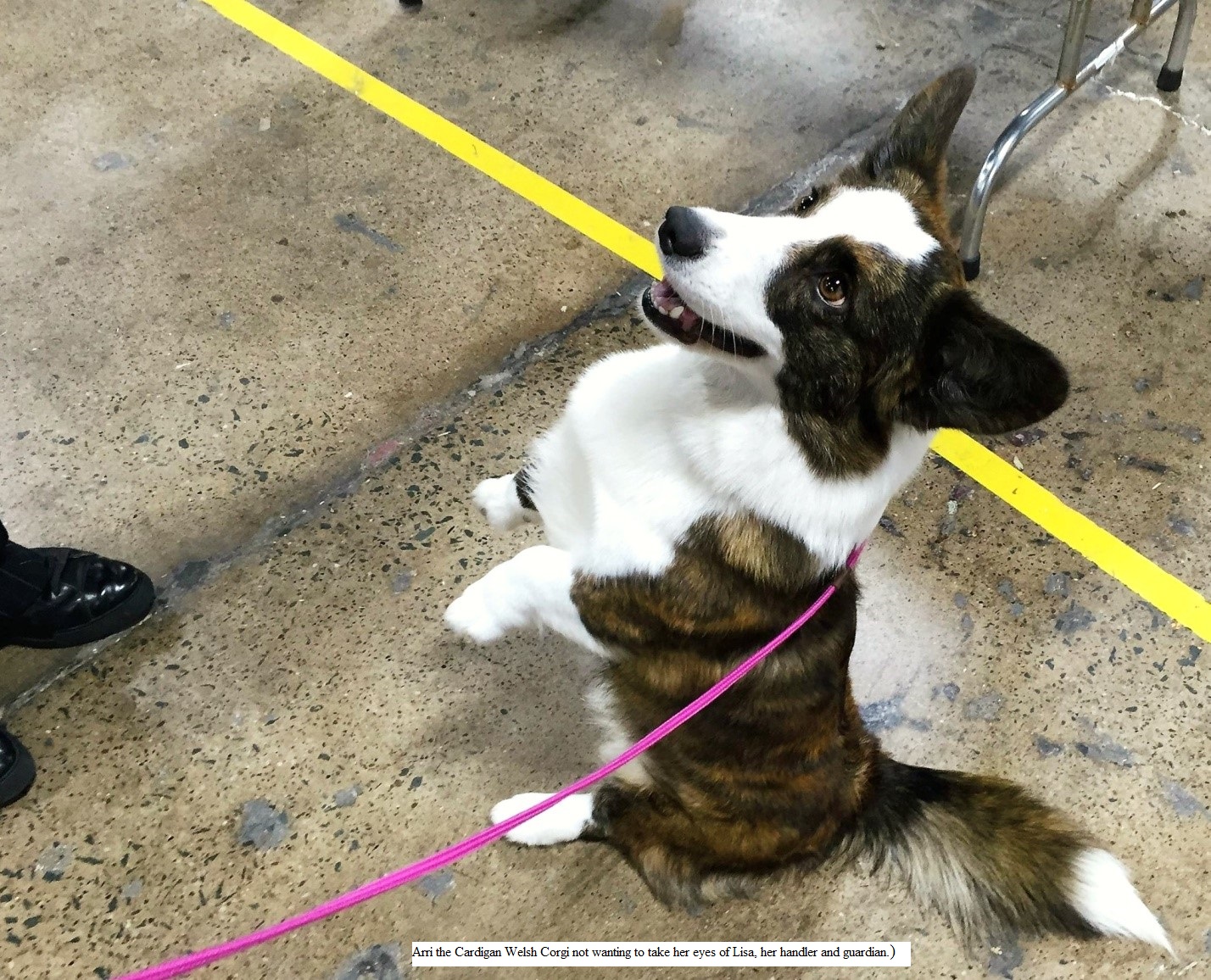 Speaking of handlers, Arri’s – Lisa Croft-Elliott, all the way from the UK – was positively beaming with affection and pride for Arri when I caught them packing up toward the end of the show.

I tell you, I spied touching moments – between dog and human – all over that dog show venue. Not just in celebration, either. Out of pure love, devotion and a sense of accomplishment. 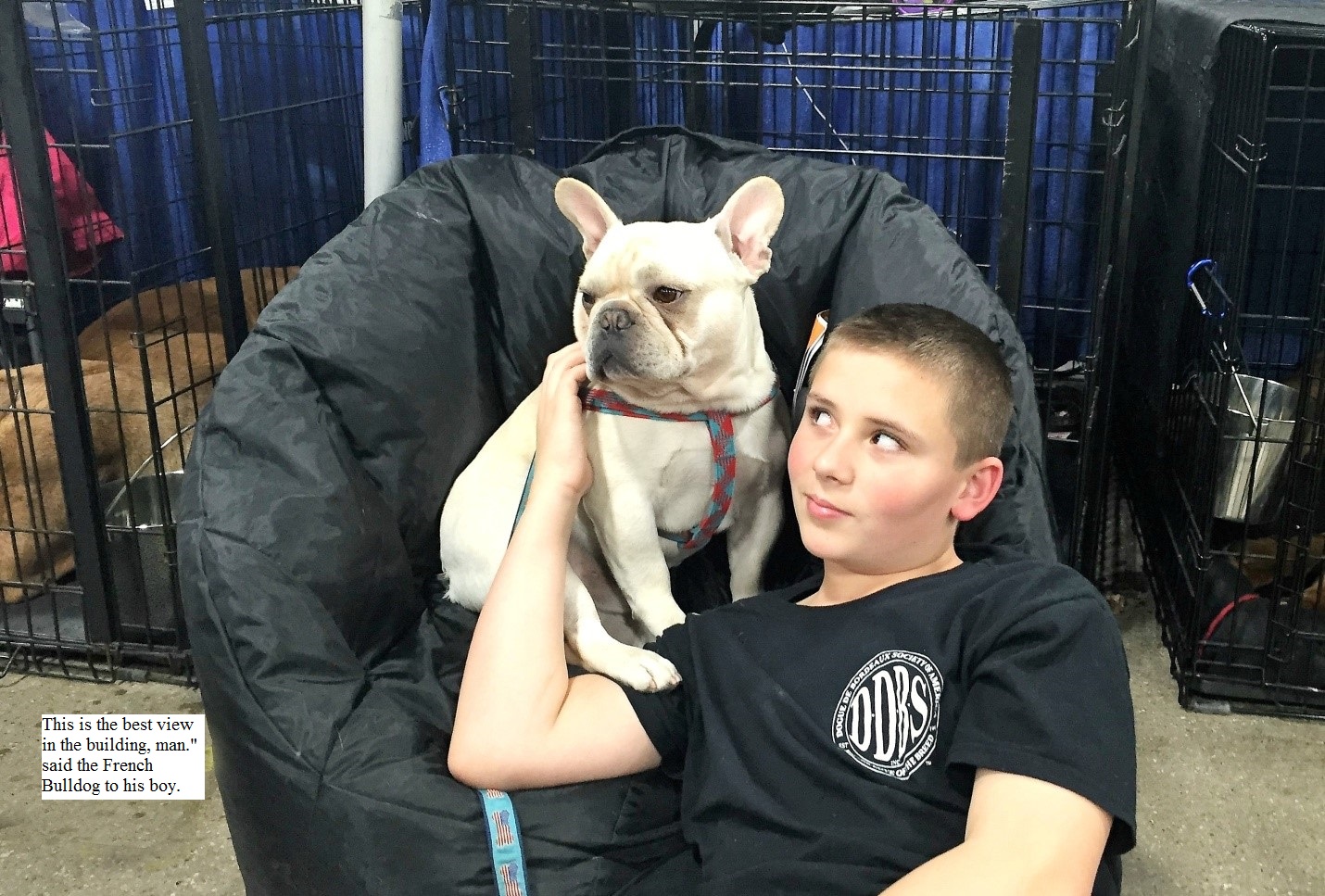 Best of breed from the classes for a major and her new title! AM CH coedwig’s love with the safety off #omgwedidit #romyisthebest #cardilove #lce

But my crowning achievement as a pinch-hitting media professional that day? 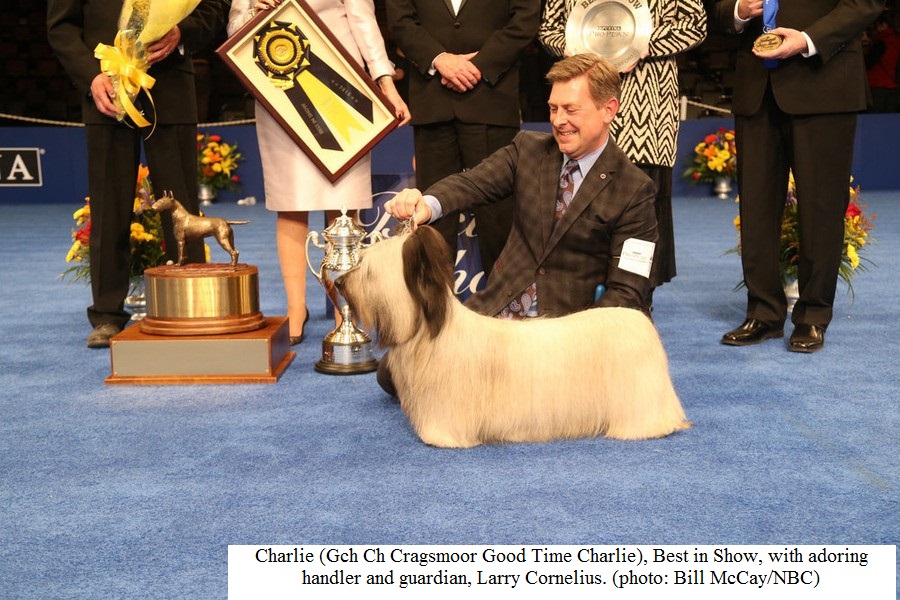 Was my two-minute-and-twenty-seven-second interview with Larry Cornelius, the over-the-moon-crazy-about-his-dog handler of Best in Show-winning Skye Terrier, Charlie!  Just listen to what he said about his sweet (and apparently, very “regular”) dog!  (Just click the play button!)

Did you catch Cornelius’ answer when I asked him how Charlie is like (regular) pet dogs at home? Here’s a snippet: “All he cares about in life are me, and food, and his pet alligator.” ☺ Aaagh! Can you just picture Charlie with his “pet” alligator? (Charlie and Cornelius live in Ocala, Florida, by the way.) Talk about a juxtaposition! I bet Charlie’s alligator got LOTS of play time after this big win!

Did you watch the National Dog Show on TV this year? Which dog(s) was your favorite?

I am not privy to all the reasoning that went into my being invited to attend the dog show (neither do I know whether I was the last person on a long list whom they asked). But I can tell you this: It would not have happened if I had not attended the last BlogPaws conference. You guys, getting face to face with my blog and digital media role models and peers is the single most important thing I have done in my pet blogging career. The #1 reason I got to do this awesome thing is because of networking. They know me. (They also know I live within train distance of Philadelphia, have two Cardigan Welsh Corgis and am a dog nut. But still. So do a bunch of other people who have never been to BlogPaws!) What are you waiting for? Get your ticket!

Author Bio: Elizabeth Keene is the keeper of Jon Farleigh and Dewi, 2 lively Cardigan Welsh Corgis, a slew of rescue cats, some kids and a husband. Between chores, she writes humorous 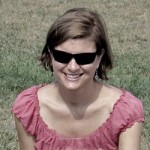 things about pets (mostly hers) at her award-winning blog, Chronicles of Cardigan, and Facebook page.