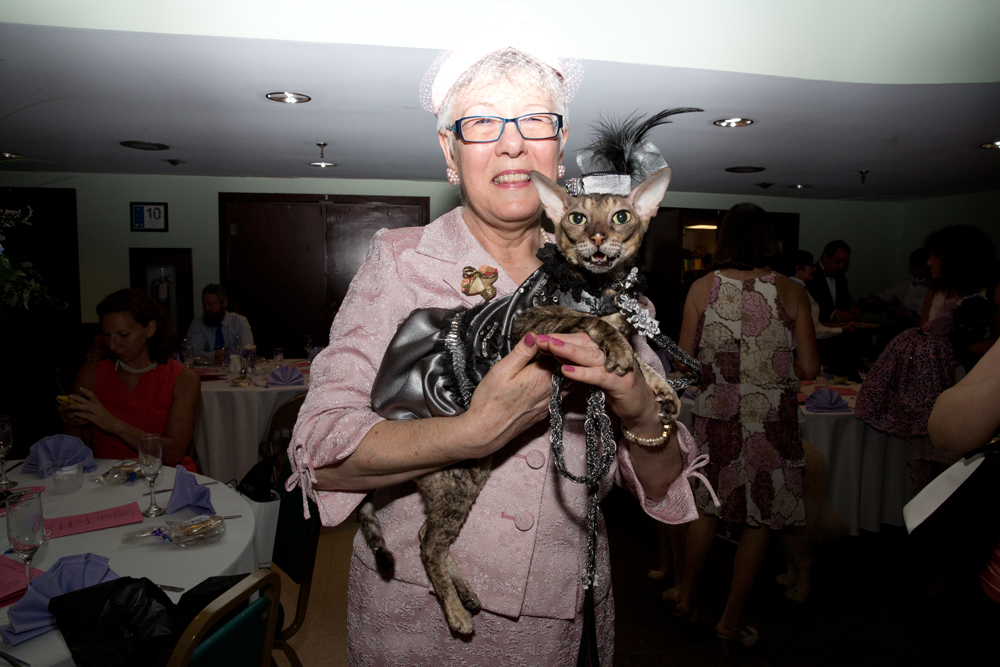 Note from Carol Bryant, BlogPaws PR and Marketing Manager: While recently in the Northern Virginia area for a meeting on an upcoming Cocker Spaniel fundraiser, I had the opportunity to get together with two blogging buddies: Teri Thorsteinson and Emmy Scammahorn. Both are long-time BlogPaws supporters and great pals of mine. Teri brought her gorgeous cat, Kely, along, and proceeded to tell me some “cat facts.” For example, cats will not meow at each other, but will meow at people. I explained to Teri how clueless about cat facts this dog mom (me) truly is. “Why not write a piece called Cats 101 for Dog Dummies,” I mused. The following is the result of that very special request.

Contrary to popular belief, my life isn’t cats 24/7, but it’s pretty close. Even when around doggie friends, sometimes with my cats along, I get asked questions about cats frequently. Having been a veterinary healthcare professional for my entire working life (42 years), with over a quarter of that working at exclusively feline veterinary practices, I do have a lot of experience and also know where to look for accurate info when I do get questions that I wish to research before I answer.

Such was the case a few weeks ago, when I met up with the Wigglebutt Warriors crew, while they were in the area working on plans for their Wigglebutts Go HollyWoof gala. I had my cat Kely along and while we were chatting, so was she and Carol Bryant asked me about her vocalizing. I told her that cats, while they have somewhere between 30 and 100 various sounds they make, as adult cats they only make the meow sound to humans, not to each other.
She said she didn’t know that and would I be open to writing an article, something along the lines of Cats 101?
We’ll start with Meows then, and dip into other forms of feline communication briefly. 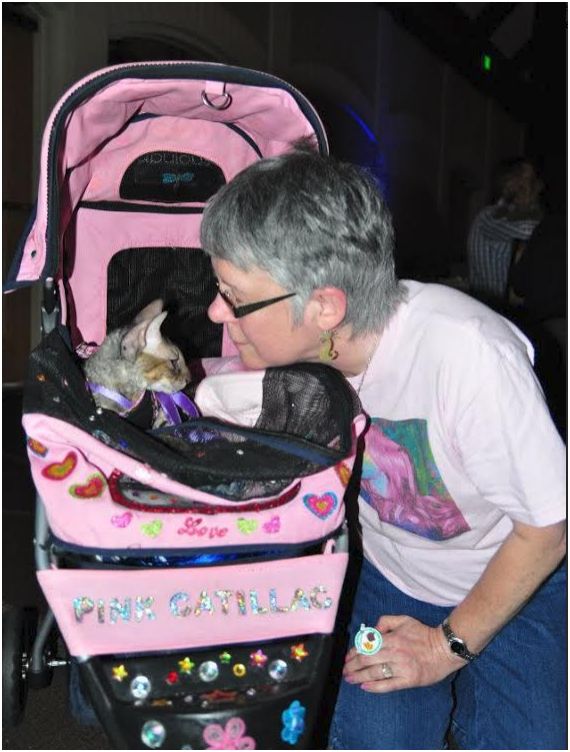 Teri with Coco in the Pink Catillac
Yes, cats only meow at humans, it’s not part of their vocabulary, once they are adults, with each other. Kittens do meow at their mothers to get their attention, and it’s possible that, as caregivers, they consider us their mother and so continue that vocalization with us.
The sounds they make to each other, trills and chirrups, are social greetings of a friendly nature. Some sounds they make with their mouths closed, short beeps or murmurs. Those sounds are usually used when they want to draw your attention, whether it be feline or human they are communicating with. Domesticated cats have a wider spoken vocabulary with humans than feral cats because they have learned which sounds get the desired response from their human companions.
Cats communicate with each other primarily through body language and if you watch cats in a multiple cat household interact, they bunt, and body rub as they pass each other more than they do vocalize.
Cats have scent glands on the corners of their mouth/lips, chin, in that hairless area in front of ears, along the base of their tail, chin, and between the pads of their feet. They use these glands to scent mark their territory. When the cat rubs up against you, it is marking you with its scent, claiming you as part of their territory. Cats rub up against furniture or doorways for the same reason – to mark the item. Urine spraying is also a territorial marking and as socially acceptable to a cat as rubbing up against a surface. 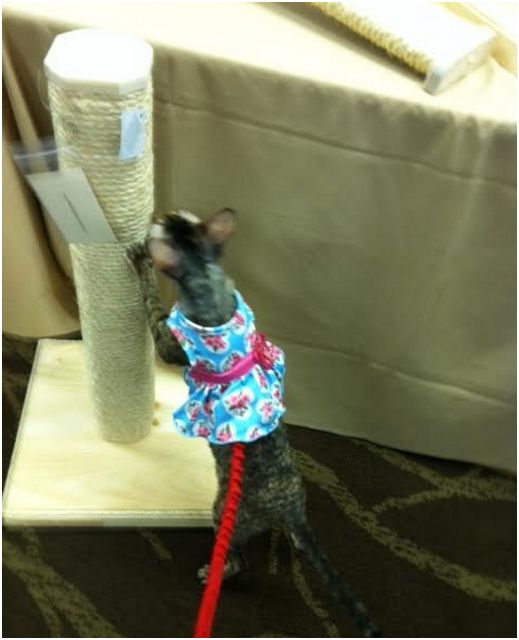 There is a product, Feliway, that is a synthetic feline facial pheromone, which cats deposit when they rub their cheeks against surfaces, that works well to alleviate multi-cat stress in households as it scents the environment in a way that makes it feel safe for a cat. Feliway can also reduce scratching and some types of urine marking. In various studies, Feliway reduced spraying on vertical surfaces, such as walls or doors, in up to 90% of cases.
If you would like to learn more about Feline Communication, here are a few links I recommend:
Cat Communication – Body Language
The Cry Embedded Within The Purr
Cat Sounds and What They Mean
Why Does a Cat Do That?
And I heartily recommend any of the books written by Pam Johnson-Bennett if you want to learn more about understanding cats!

So pet lovers, did you learn something? Cat got your tongue or are there other cat facts you’d like to share? Meow at us in the comments below.