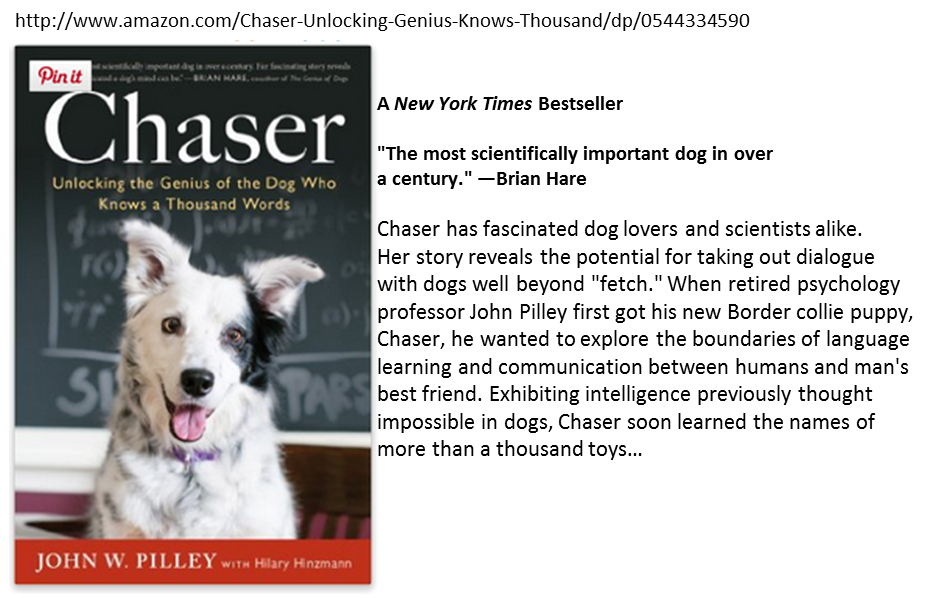 On Psychology Today’s Canine Corner, a discussion popped up about how dogs learn. They don’t talk about cats, but I’m including cats in this story.

The issue isn’t, can our pets learn from us? It’s, can they learn just by observing and listening to us; the same way toddlers do?

The answer is yes! The author of the article, Stanley Coren, was approached by a woman, at a lecture he gave,  to take him to task for saying Chaser, our border collie friend who knows over 1000 words, learned the way toddlers learn. She maintained that Chaser was “given treats” in order to learn and remember so many names of so many objects. He learned, she was certain, by being rewarded. Whereas children learn just by observing.

Coren said, “The developmental psychologist objected to my drawing a parallel between the language learning of dogs and the language learning of children. You have to take into account the process of learning, not just the number of words that the dogs learned. Children learn most of their language through watching and listening to the people around them speaking and engaging in various behaviors. Dogs don’t.”

When I read the sentence above, I shook my head. As if! It’s clear this woman does not have a good relationship with her dog or cat. If she even has a dog or cat. I can state with clear conscience that Emily, and Olive to a lesser degree, but Molly, also, pay close attention to me and to Tom and I KNOW they learn from what we say, as well as what we do. In fact, I’m pretty sure Emily knows more than she lets on. She PREFERS to lead us astray… with her big puppy dog eyes and her quiet (did I say quiet? well, yes, she can be quiet at times) attitude. One thing is certain with Emily – she watches us so closely, she sometimes knows what we’re going to do next before we do!

Olive tends to depend on Emily, which shows a certain amount of learning, also. Just as kids in big families learn from their older brothers and sisters, dogs and cats in multiple pet households learn from the other pets. Puppies absolutely learn from each other. I’ve experienced that many times. And I know of folks who purposely put a younger dog with an older one, to teach the younger dog the ‘rules of the household’.

Cats, of course, are a little different. They don’t want you to know they’re paying attention, for the most part. Yes, we do read about cats that perform or walk on leashes. They’re in the minority. Even cats like Molly are in the minority. Molly is very friendly. She enjoys the company of people, especially people named Tom. At least, the Tom in our house, anyway. Molly learned early on how to push Tom’s buttons. Today, in our new home, she’s settling in nicely in Tom’s basement office… and she routinely comes upstairs to retrieve him, if he is not around. She also knows how to get me to take care of her needs. She learned a good bit of what she knows from the dogs, I think, as they were here first. The rest she picked up by being surreptitious. Her goal is to either get fed, be served treats, or get some attention. Yes, she likes to be petted and will allow us to comb her for a few minutes.

Why the world continues to act as if ONLY people are smart enough to “learn” through experience, through collaboration, and through a desire to achieve results … is beyond me. Honestly, people could learn a lot from dogs and cats, if they would but take a bit of time to pay attention. The answer to the questions, Can Dogs and Cats Learn from Us? is Yes. Yes. And then again, Yes. Not only can they, they do. 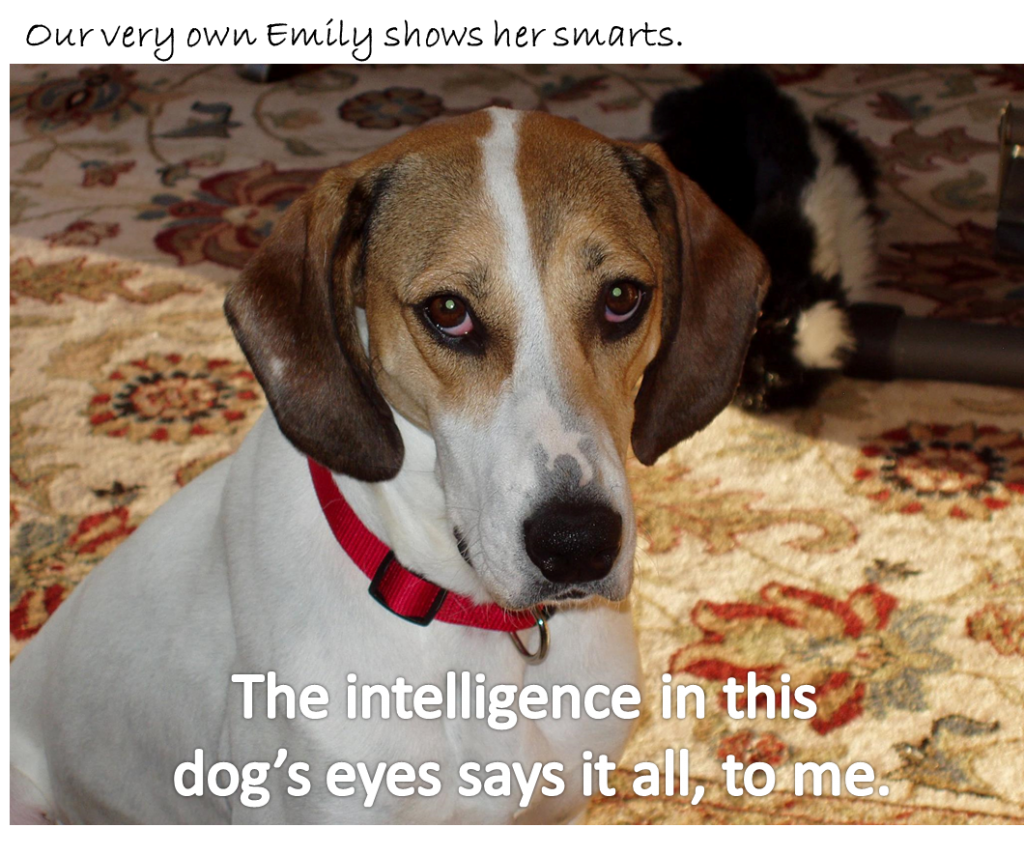