Hear ye! Hear ye! aka “Read All About You!” Are there times you feel you toil away in obscurity, but you know you are doing good, making a difference in the world of pets and even in the world of pet blogging? What can you do about it? Well, you could write a press release about yourself! 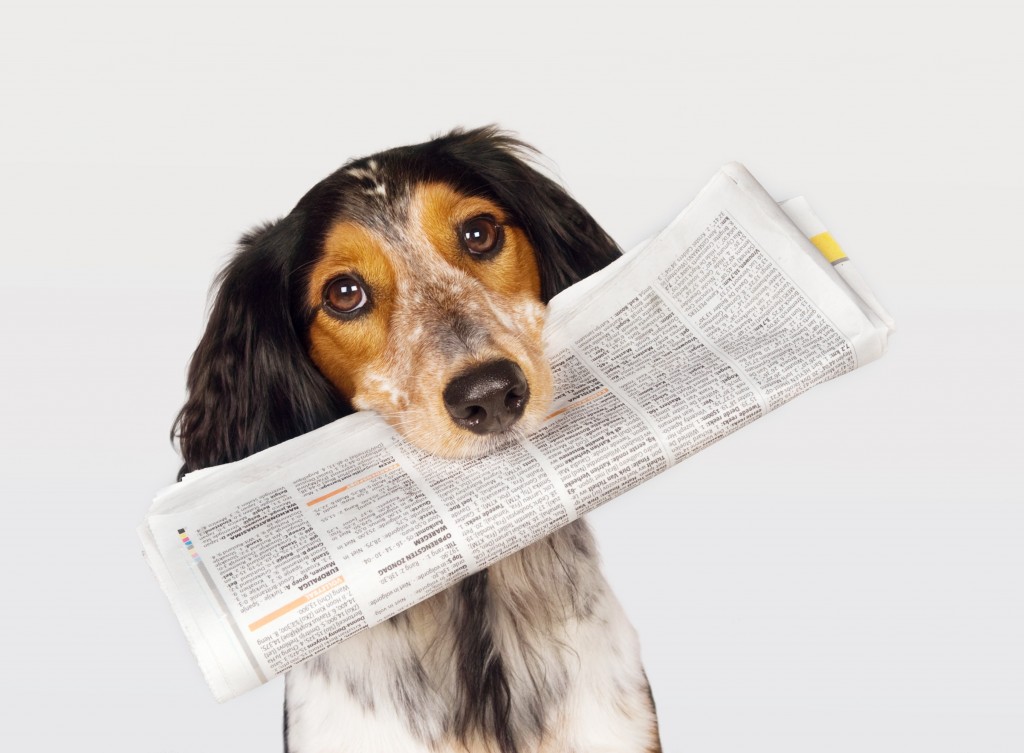 on your website and thought, “Wow, I am  all of that!” Chances are you haven’t done it recently.

As a recovering journalist and public relations professional (I did pr for a hospital — talk about a tough sell, whew!) I know there are many people doing great things and no one knows about them. For example, when I was at the newspaper I had no idea — and neither did their neighbors — that an elderly couple were raising alpacas in their backyard, making yarn from their wool, dyeing it and knitting it into gorgeous sweaters and scarves. How did I find out? A colleague had a new sweater that I coveted so I asked where she got it. Viola, a newspaper article was born.

Had the couple been media savvy and if they’d wanted the attention, they could have written a press release about themselves. Even if they had they would have needed to make it about more than, “hey we have alpacas and sell items knitted from their wool. Come and buy our goods.” They could have written a press release stating their ages (late 60s to early 70s), mentioned they’d only recently begun raising alpaca, shearing them and spinning the wool into yarn. They could have mentioned their alpaca were doted upon just as we dote upon our house pets. They could have talked about how they just learned to use a loom and make these fabulous knitted garments; and they did it all from two rooms of their house. It was a story of a couple who turned a passion into a business, talked about alpaca and what goes into raising them and oh, yes — almost as an afterthought — we sell products we knit from the yarn and wool.

Before everyone stops reading this post and starts sending press releases to their local news outlet you have to remember several things about writing your press release (which I will get to). Newspapers welcome newsworthy ideas and many times a press release will get turned into a full blown feature, but you have to know how to approach the editors.  Newspaper reporters and editors work under crazy deadlines, with fewer and fewer staff doing more work; because of this you need to show the reporter, “what’s in it for them” to even read your press release, let alone print it.

What can you do to get the papers to read all about you? Here are some tips for crafting a newsworthy press release:

Are you doing something newsworthy that the local media should know about? Are you doing something that should have your name and blog information noticed on a national level? If not, is there something you can do to make that happen? Remember, if you live in a small town with a locally owned newspaper your press release about a dog cookie fundraiser may be more likely to be picked up than if you live in a metropolitan area. Know your audience and your market. If you don’t submit a press release, you will never know if you’re newsworthy, right?

(Additional note: Look up the newspaper’s policy on opening emails with attachments as many will not accept documents as attachments which means you will have to simply send your press release in the body of the email. The prevalence of viruses has many news outlets not opening attachments so check first so that your newsworthy press release doesn’t get deleted.)