Millennial is one of the hottest buzz words of 2017. Millennials are, as the saying goes, “all the rage.” What does it mean to be a millennial pet influencer? Merriam Webster defines a millennial as “a person reaching young adulthood in the early 21st century,” but everyone from big brands to advertising agencies has their own definition.

Millennials are the target of ad budgets and demographic studies from sea to shining sea and beyond. Those born in the period of time between early 1980’s to the mid-1990’s are considered millennials.

Instead of telling you what we think of marketing to millennials, we talked to a group of millennials in the pet influencer space for their direct feedback. This is what they have to say, in their words: 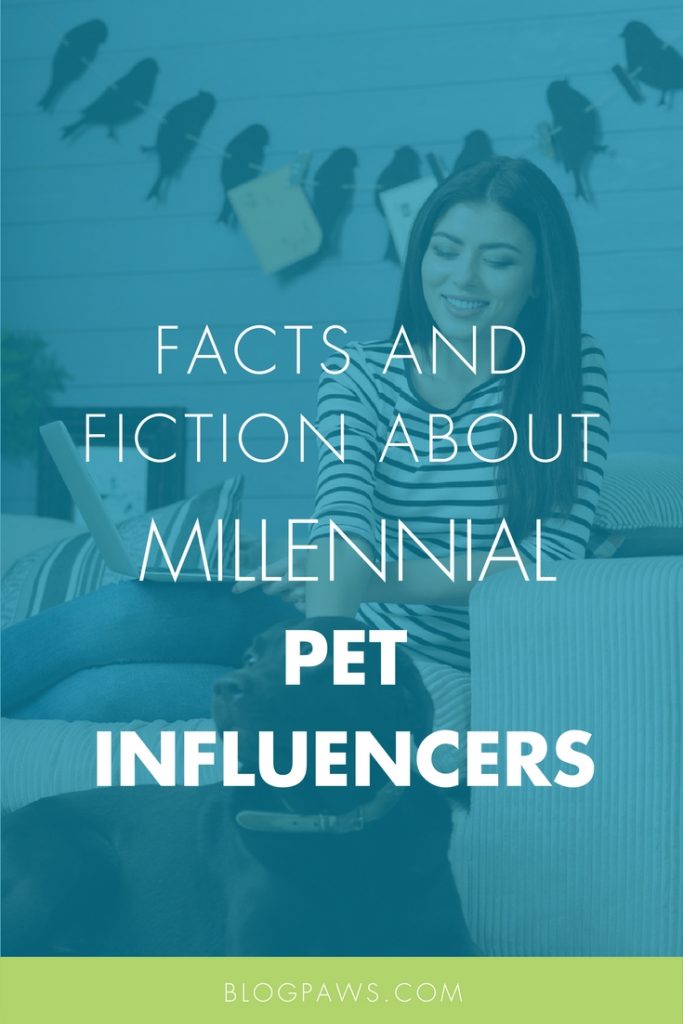 Who Are The Millennial Pet Influencers

Meet Jessica, Emily, Tori, Jodi, and Rochelle. These pet influencers have been involved in the pet space for a combined 30 or so years and they are all monetizing their online influence with their pet blogs. Get to know them here:

Jessica Shipman (JS) recently moved to Colorado from northern Virginia. She is the 27-year-old founder of Beagles & Bargains and has been blogging since February, 2013.

Rochelle Baross (RB) lives in Providence, Rhode Island but recently moved from Brooklyn, New York.  You can find her blogging at The Broke Dog. She has been blogging since 2015, but really started blogging with intention in early 2016 and is 28 years old.

Jodi Chick (JC) hails from British Columbia, Canada, and is 33-1/2 years old (the half is important to her).  She has been blogging at Kol’s Notes for 7 years.

Emily Hall (EH) lives in Georgia and has been blogging for 4-1/2 years at Kitty Cat Chronicles. She is 29 years old.

How Millennials Are Being Portrayed in General

JS: I think many media sources portray millennials as obsessed or easily distracted by technologies such social networking sites to the point that these technologies control our lives. There may be some truth to the technologies being a major part of our lives because it’s something we’ve used and seen improve as we’ve grown up, but I think it’s more that we find the value in these tools and want to put them to a positive use. I myself am a web developer and blogger so I’ve built my career around technology.

TM: I don’t identify with most millennial generalizations, although I do spend a ton of time on my phone managing my brand and social media for other businesses. I think that when millennials are discussed in the media they are almost always portrayed in a negative light, which isn’t fair.

JC: More often than not, I think there is a big media misconception out there that millennials don’t want to work hard, but my experience is the opposite. Most of my friends have a side hustle. Most of us work more than 60 hours a week. I know several people who have gone back to school to change their skill set and still worked during that time. They are career-driven, motivated and ready to work. Myself, I’m the Sales Manager for a busy glass distributor putting in around 50 hours a week at the office, before coming home to manage a busy freelance busy and my blog. My story is not unique.

RB: I’ve definitely seen millennials portrayed as phone-addicted, debt-ridden, kale-eating hipsters in the media. I don’t know if I see much of that specifically in relation to blogging — except for the phone-addicted part. A lot of millennials love having our phones because it’s an easy way to keep in touch with our social circle and the world at large.

EH: I think every generation has people that are lazy, are entitled, don’t like to work, aren’t educated, etc. But I can say that most of the millennials I know went to college, are very hard-working, and know how to deal with life’s challenges.

JC: I don’t think millennials are dissatisfied with work, but definitely, there is a lack of contentment with work conditions. I’m a young, single female and my team is all young and child-free. When there are late nights to be put in, we are the team on call; not because we’re the only team, but because our lives outside the office are less valued than the lives of those who have a family waiting at home or who have “put in their time.

RB: I wish people would stop thinking of millennials as lazy, entitled individuals and see that it’s such a driven group. I know SO many fellow millennials that are socially- and eco-conscious, politically-minded, and just really want to work to make the world a better place. I know several millennials who are starting their own companies, kicking butt in their workplaces, and fighting for what they feel is right.

TM: For the myth that millennials don’t do what they are told at work… I don’t always do what I’m told because sometimes I have a better, more productive way. I’m familiar with technology and tools that my “boss” doesn’t know about.

The Reality of Being a Millennial

TM: There have been lazy, entitled jerks as long as humans have roamed the earth – there were probably some obnoxious dinosaurs, too! This isn’t a millennial “problem”, it’s just human kind. Our generation was raised with the internet. We have had more access to more information than any other generation before us. So we learn and work in different ways. I don’t consider myself a millennial. I’m just a girl, standing in front of a dog, asking everyone to love me. (*classic millennial movie reference)

JS: We know the world isn’t perfect and we want to fix it or at least help improve it. We aren’t here to point fingers at who is to blame, only to make the world a better place. Sure, we might do things differently – a 9-5 didn’t quite work out for me – but we don’t expect things handed to us on a silver platter. In fact, we don’t really have a need for a silver platter at all. And we definitely don’t need a trophy for showing up (I already have a box full of those that I don’t know what to do with).

EH: Though I don’t have a full-time job in the traditional sense, I am a free-lance musician and pet-blogger who constantly has several projects and income streams going at the same time. I work all the time, often 7 days a week, and I am certainly don’t have a “gimme” mindset. From what I can see from my “millennial” friends, they are all doing similar things. Perhaps because most of my friends are also musicians/artists/writers, but I see the millennial generation as made up of many individuals who are tired of the status quo and are pursuing alternative careers rather than the typical corporate America-type job.

RB: “Millennial” is such a broad term and encompasses such a large age range. It’s impossible to categorize such a huge swath of individuals with one word. 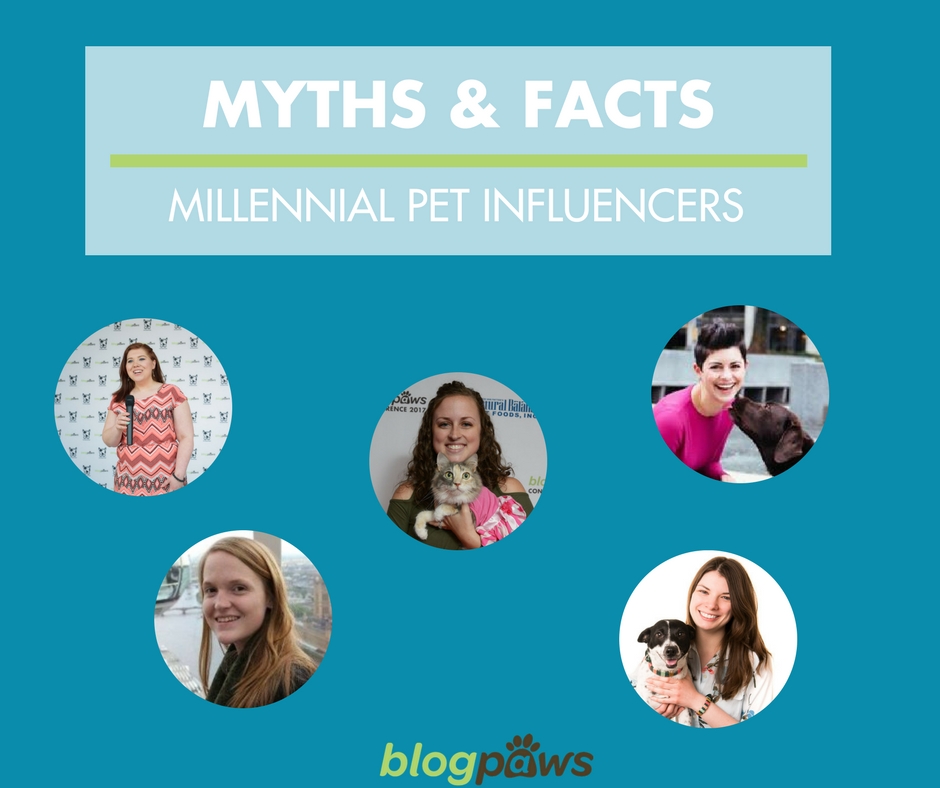 JS: I have friends who aren’t bloggers that use social media to help promote a cause they are passionate about our even take a political stance. It gives us all a voice, which can be both good and bad. There’s now a lot more information and opinions to filter through.

TM: To say that millennials need better parenting makes me want to point out that there have been terrible parents throughout all of time. These myths all seem to be something that people say to try to make themselves feel better about their own lives.

JC: It’s true that a shockingly large number of my contemporaries live at home with their parents, but then you look at the fact that the minimum income in my area to purchase a home is around $120k and the average family income is $75k and that makes a lot more sense. The truth is, many of their parents couldn’t afford their homes without their kid’s financial contributions either.

RB: Millennials supposedly need jobs and parenting from corporations? Not the ones I know! I know so many talented individuals who CHOOSE to work at corporations — but also know how to make money online or in consulting, or who choose to pursue work that’s meaningful to them at a non-profit or socially conscious company.

How to Connect with Our Interviewees

Author’s Note: When we asked each of the above pet influencers to provide one social media platform for the article, 4 of the 5 chose Instagram.

How to Be a Professional Influencer

The Art of Storytelling and Influencer Marketing

How Influencers Work with Digital Marketing and PR Agencies

Do you identify as a millennial? Do you feel that as a pet parent, your demographic is represented and fairly at that? Let us know in the comments below.