Any writing advice you encounter probably makes the same recommendation: Use active voice instead of passive voice.

It’s a good rule… but, for those who’ve long forgotten their high school English curriculum, it can be confusing.

What is active voice again?

And how does active differ from passive voice?

Never fear: All the answers are here! 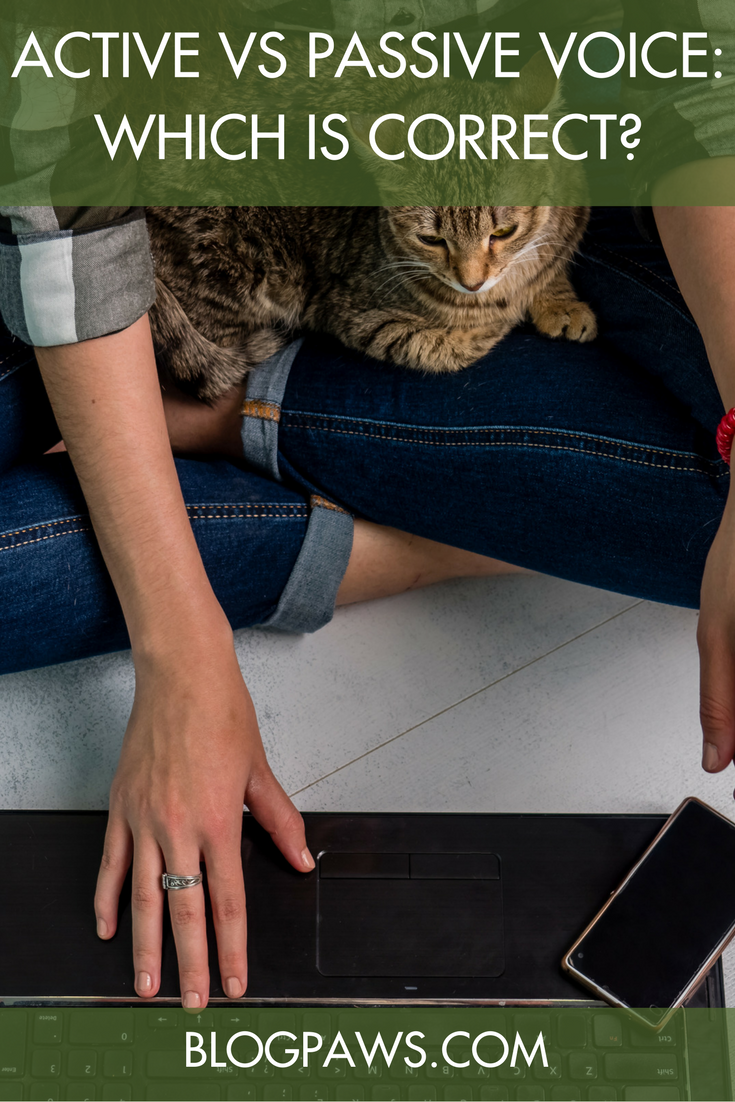 For example, if the subject is doing the action, the sentence would read: The vet loves her cat patients.

If it were a passive construction, the sentence would read: The cat patients are loved by the vet.

The Chicago definition continues, “As a matter of style, passive voice {the matter will be given careful consideration} is typically, though not always, inferior to active voice {we will consider the matter carefully}.”

Active voice is “normal” in the English language. It’s how we speak and tell stories.

Passive voice appeals to young writers who are trying to hit lengthy page requirements for English assignments. Also, passive voice makes some writers feel like they sound “smarter” by writing long, flowy sentences. In reality, the opposite is true.

Passive voice elongates sentences and obscures meaning. We want our readers to understand us, right? So, write clearly and concisely with active voice.

Let’s look at some examples.

Passive voice: Mistakes were made by the groomer.
Active voice: The groomer made mistakes.

There are some instances, however, when passive voice can’t (or shouldn’t) become active.

For example: “The dog walker was robbed in the park last night.”

OK, so let’s bring this all together with what I’m calling “the kitten rule.”

If you can add the phrase “by kittens” after the verb in a sentence, it’s passive voice and should be examined for revision.

Passive voice: She was chased {by kittens}.
Active voice: Kittens chased her.

NOTE: In the example above, when you have a sentence that indicates the action was done “by” something already, it’s a passive voice giveaway! That’s why the “by kittens” rule works.

If you try the “by kittens rule” on a sentence that’s already written in active voice, it doesn’t work. For example: Kittens haunted the house {by kittens}. Or: The child squealed over the adorable kittens {by kittens}.

There you have it: passive versus active voice! Hopefully these examples clarified any questions you had. If you have any additional questions or would like to share real-life examples, please do so in the comments!

Maggie Marton serves as the BlogPaws senior editor. When not hiking with her two pit mixes, Emmett and Cooper, or playing with Newt the Cat, Maggie writes about them (and the pet industry) at ohmydogblog.com and maggiemarton.com.