A challlenge was issued at the first BlogPaws Conference in Ohio in 2010. Be the Change for Pets: BlogPaws: Where will it lead us? What can we accomplish together? What will you do to make it happen?

Well, here we are about to embark on our 5th BlogPaws Conference happening in Tysons Corner, VA May 16 through May 18, 2013. One of our "tracks" this year includes Be the Change for Pets: BlogPaws.

Attendees are invited to attend the session being conducted by Allen Kimble and in spirt, his dog, Vinny the Pug, who passed Over the Rainbow Bridge March 15, 2013. Allen will be sharing "No Kill 2020: Train and Equip Pet Rescues." In this session, learn from 21st century innovators who have created new fundraisers impervious to economic downturns. BlogPaws interviewed Allen and here's the scoop:

BlogPaws: Hi Allen. Thanks for joining us. Tell us a bit about yourself.

Allen Kimble: My name is Allen Kimble, Jr.,
I was born in New Orleans, Louisiana.  At this writing I am 64 years
of age.  I'm a veteran of the Vietnam War and 11 years in the United
States Air Force.  I’ve lived a total of 8 years in Asia having spent
3 years in Japan, 1 year in Vietnam and four years in Turkey.  I’ve
spoken the Japanese and Turkish languages.  I’m a divorcee from a
39-year marriage which came apart as the result of my protracted bout with
sever mental depression.  I worked myself through that long, dark
period by over-indulging myself in performing as the trainer,
photographer, biographer and publicist to Vinny the Pug. For what remains
of this life, I’m dedicating my time, energy and intellect towards
creating totally new fundraiser platforms that are immune from the ravages
of external influences.  By the years end I expect to establish the
“Vinny the Pug Foundation” whose purpose is to raise funds utilizing
the models that we’ve created to donate monies to human and animal
causes.  We will soon begin raising and donating monies
to returning “Veterans from the Wars”, “Breast Cancer Prevention” and
the preservation of the “History & Culture of New Orleans”. 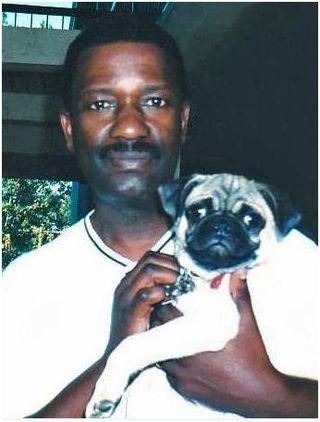 BlogPaws: Tell us about Vinny.

Allen: Vincent
Thomas Pug was born in Orlando, Florida in 2000. At this writing Vinny
is 12 human years old.  Before the age of one, Vinny fled Florida with his
human Allen because the economy was in tatters flowing the 9-11 terrorist
attacks.  Upon arriving in Phoenix, Vinny was surprised to see the stark
contrasts from the lush greenery of Florida vs the arid landscape of the
Sonoran Desert.  Vinny’s climbing career began somewhat as a joke.
His human Allen’s co-worker was a very serious climber.  The bet was
that even his pug Vinny could do that!  Because he was such a quick study,
a challenge was created to see how many boulders Vinny the Pug could climb
unassisted and pose atop of within a month.  Having done over a
hundred, it was decided to continue on for a new canine “Guinness
World Record”.  Despite thousands of documented climbs, the Guinness
Keeper of Records declined to recognized Vinny’s accomplishments.  It was
then that Vinny and I decided to redirect our time, energies and talents
towards looking for ways to help end the killing of healthy pets. (Ed note: Sadly, Vinny has since passed on, 03/15/13)

BlogPaws: What do you plan to share in your session at BlogPaws?

Allen:I will spend a short
introductory period explaining the dangers of the most popular fundraiser
models being used by pet rescues.  “Donation" based fundraisers are
obsolete in today’s economy yet, they are used almost exclusively by pet
rescues.I will explain why and
how “Proactive” fundraisers are most appropriate for these times because they
are Immune to economic and external influences.

I will spend more time
introducing and talking about 3 to 5 specific "Proactive"
fundraisers being used and developed by Vinny the Pug’s team.
Typically, our fundraisers enable pet rescues to earn and keep from 20% to
50%.

In the closing minutes,
I will explain our blueprint for helping to move the U.S. and Canada toward
100% NO-KILL.  We’ll encourage attendees to help to make Vinny the Pug's
ongoing Fundraiser a success so that we may donate $1,000 each to 1,000 pet
rescues.   http://www.indiegogo.com/projects/311313/x/975147 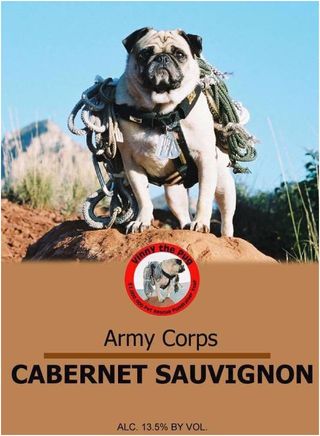 BlogPaws: It sounds amazing. Where can folks learn more about you?

After concluding, we will answer questions and enroll
those who desire to become “Team Vinny” members.

BlogPaws: Any sites you visit daily?

Allen: I visit Huffington Post very regularly where I also blog and
hold the confusing title of "Super User".

Join us for the nearly sold-out conference (hurry, get tickets asap) –
at the BlogPaws 2013 Conference. You
will have access to a variety of “tracks,” including 101 for Beginners,
201 for
Intermediate level, and even a Pro Level for seasoned bloggers who want
to take
their blogging and goals to the next level. An exclusive 4th track
will cover a variety of topics from Law to Lifestyle to Be the Change for
Animals.