What do you do every day that could easily help animals in shelters? Take a hike! No, really. Every time you take a walk – if you’re using the ResQWalk app you can help raise funds for your favorite shelter or pet rescue. (Note that in order for your favorite or a local shelter to benefit, they need to be one of the vetted choices of the ResQwalk group.) 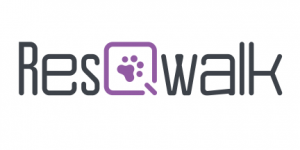 The app, the brainchild of Bailey Schroeder, founder of ResQWalk, launched on June 26 and so far close to 10,000 people have signed up. “It’s been really exciting people have bought into the idea,” she said. People are walking and sharing their walks and it’s been awesome.”

Bailey, a former finance professional who worked in private banking left that life and started a company called ResQ Threads. “We sold apparel and pet items with the idea that when someone bought a t-shirt, a portion of that money went to the charity of the purchaser’s choice,” she explained, adding, “What I took away from that experience was that there are so many people who are passionate about animal rescue but they don’t always have the money to buy items.” She brainstormed for ways to allow people, who may not have the money to buy apparel, to help rescue animals. “What do people do every day? They walk!” she said. “An app like this, that also helps raise money for animal rescue, fits in with the lifestyle of both pet owners and health conscious individuals who just want to help.”

How does it work?

At the beginning of each week, the team at ResQWalk announces how much money is available for the week and lets people know if they check into their app when they walk, a portion of the money in that week’s pool will go to the rescue of their choice. “We ran an Indigogo campaign to start the initial pool of money and in the weeks ahead are looking to secure a corporate sponsor and use some of the proceeds from ResQ Threads to fund the weekly pool,” Bailey said.

If your local shelter is on the list of shelters that the ResQWalk team has vetted and added to the app, a walker who checks in on the app can designate that shelter to benefit from the steps they take. At the end of the week the money is divided up in proportion to the miles walked. “If a lot of people designate a specific shelter and they walk a lot in one week that shelter will receive more money than would a shelter who only had one individual walking on its behalf, for example.” She explained.

Every Monday the money is paid out and you can see the profiles of those shelters that received the funds on the website. “It’s 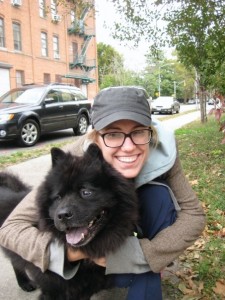 exciting that people can see how much was raised and know that they helped to make it happen.”

“There is a short agreement we have the rescue or shelter sign in order to get on the app,” Bailey said. “The shelter operator fills out the agreement, we check them out and if their mission aligns with ours we sign them up.”

Bailey said that one week a ferret group out of Canada was the number three group on the app, “We did not see that coming,” she said with a laugh. “It’s been great how many people are downloading the app and walking to help shelters.”

She urges individuals to go and talk with their local shelter, if they are not on the list, and urge them to contact ResQWalk so they can potentially be added. “If there is a shelter someone wants added, they can contact us as well and we can reach out,” Bailey said. “There are so many shelters doing great things and we want to do what we can by helping them get funds donated.”

What does the future hold?

An app for Android phones is being developed and will hopefully be available at the end of the summer. Currently, the app only works on iPhones.

“The number of miles walked so each week since launch have been incredible.  The first week it was 8,000, last week we hit the 12,000 mile mark,” Bailey said. “We are thrilled with the way things are turning out and can’t wait to see how the miles walked increase as more people find out about us.” 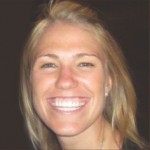 About Bailey:  She has a “very sweet” Chow-chow named Charlie that got the ball rolling. “About five years ago my husband and I got a call from a friend who said, ‘you just have to see this dog I found for you,’” Bailey said. “We told her we didn’t really have the time for a dog, but three days later we adopted him.” She said that Charlie has been the inspiration for both ResQ Threads and ResQWalk.