Patrick Lomantini loves to set world records. He garnered two when he combined his love of being a stylist with marathon sessions of cutting hair. “I do love to break records,” he said in a phone interview, “but after winning two I wanted to find a way to combine my love of being a stylist with a worthy cause.” From that thought, BarkAID was born and Patrick is being the change for pets across the country.

BarkAID is a 50 state tour for which Lomantini and his crew go cross country, partnering with humane societies and hair salons

along the way to hold marathon hair cutting sessions (for humans) to raise awareness and money for local animal shelters. “The first time we did it we broke a world record for cutting hair for 72 hours. We gave the money raised to the Kansas Humane Society.” When asked why he is doing this his answer was simple, “I wanted to do something no one has done before and I wanted to set a world record for it.”

Thus began the 50 state tour. “I lived and breathed the idea of a 50 state tour, but it was a hard sell.” Patrick said he would call shelters across the country and tell them, “I want to cut hair to raise money for your shelter/rescue. They assumed I was a dog groomer, not a hair stylist for humans.”

If you think this is all about the world record, consider that Patrick lost a relationship during the time he was kicking off the 50 state tour. “I invested so much in this idea of helping the shelters and raising money and the marathon hair cutting sessions,” he said. “For a while I slept in my car, I slept in my salon. This is a labor of love.”

Now in its fourth year, Patrick calls the BarkAID 50 States Tour a phenomenon. “We’re capturing people’s attention for a cause that needs more attention.” He said that consistency is also key to garnering interest in the project and to raising money, awareness, followers and hair stylists willing to donate their salon time and the money for the cuts that day to the local shelters. “I will have three hair stylists traveling with me.”

When the BarkAID group rolls into town they will “take over” the salon and spend 12 hours cutting hair. A minimum donation is requested and the money goes right to the shelter. “Many times the shelter will be at the salon and will hold adoption or other events in conjunction with our marathon hair styling.” It’s all about building relationships and raising awareness of the project, he said. 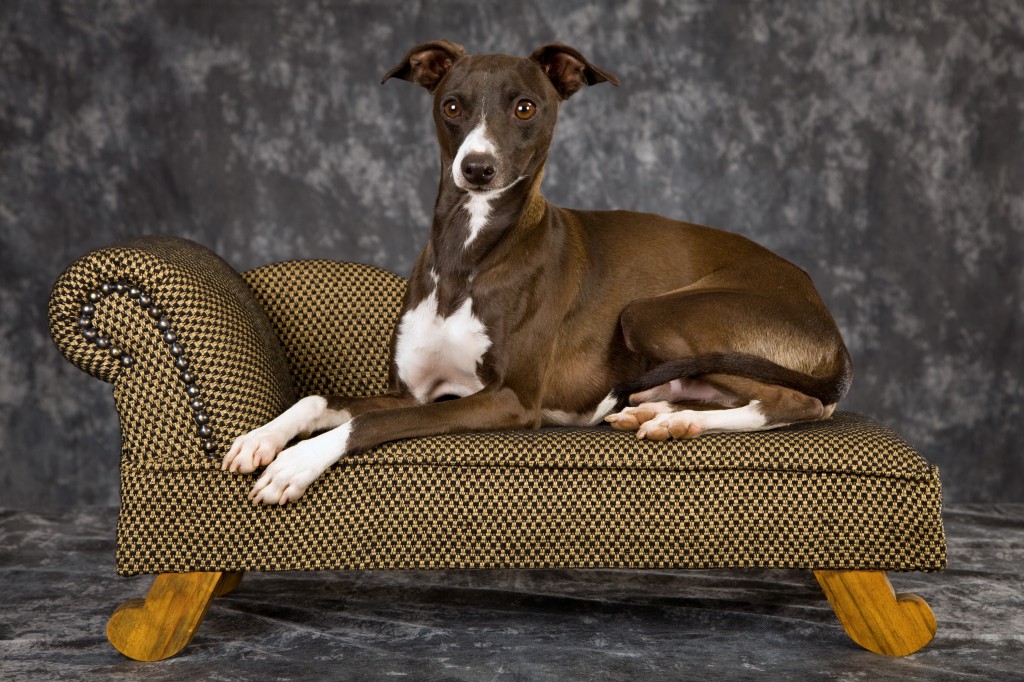 For the first three years, Patrick did 50 states/50 cities and 50 shelters were the beneficiaries. This year he is planning to visit all 50 states and make stops in 57 cities. “Before I started this I was geographically illiterate and I’d spend considerable time backtracking, now we have a system and we get through the cities with more efficiency.”

First three years did 50 states, 50 cities 50 shelters this year they are planning 50 states and 57 cities

During his travels and talking with the individuals who ran the shelters Patrick learned that there was no “membership book that listed all of the humane societies” across the country. “BarkAID is in the position to be the ‘association’ where people are members and can share a forum and be part of a coalition of shelters working collectively. So much more can be accomplished when you have large groups of members all striving toward the same goal working together.”

When asked the question, “So, you must obviously love pets… how many do you have?” Patrick shared that he grew up in a household that had several animals but they were hunting dogs that he didn’t have much interaction with other than to, “shovel the poo out of the cages.” He then dated someone who was into animals and that prompted him to break his first world record of cutting hair for 72 hours straight. “I just knew the record had to be about something larger than myself.” His then girlfriend said, “Why not make the hair cuts free and all donations go the human society.” The first BarkAID event had 227 people lining up to get hair cuts during the 72 hour span. “It was incredible,” he said.

Back to the question of whether he owns any pets, Patrick explains that his schedule is so busy that he just wouldn’t be a good pet parent, “I adore animals and recently rescued an Italian Greyhound and found her a good home. I took her in until she was adopted, but I wouldn’t want to adopt a pet that would end up being home alone all day. I want to make my impact on an individual pet or in the community of shelters.”

Over the last three years BarkAID has raised more than $250,000 for the shelters in the cities he’s visited. One of the goals, he said, is to find a sponsor or organization that will provide matching funds. The entire trip is self-funded – the road travel as well as the airline travel to Hawaii and Alaska. “I have stylists in both states that are now going to join me for a day of cuts when I arrive.” Patrick said that the energy drink Red Bull, is going to help with some promotion and with providing product during the 50 state tour.

Patrick’s vision of BarkAID is for it to be for pets what the Susan Komen Foundation is to breast cancer. “We want BarkAID to be that visible, to be the face of raising money and awareness for animal shelters.” BarkAID itself was inspired, Patrick said, by Willie Nelson’s Farm Aid efforts. “It hasn’t always been easy to get the shelters and salons involved and understanding what we are trying to do, but that’s changing every year.”

In addition to the 50 State Tour, BarkAID is also hosting its first 5K in Kansas and will also be hosting one in Oregon and Tallahassee.

BarkAID’s mission is clear: To raise funds and awareness for homeless animals as well as educate people about what’s happening with animals in their communities. Patrick and his crew are doing just that.

In a future post I will interview some of the shelters that have been a recipient of the donations raised during BarkAid events.