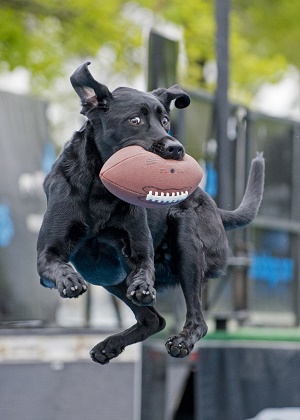 adorable, they had to own it. Problem is, they didn’t do any research on the species or the breed. This leads to many pets being abandoned when the “newness” wears off and reality sets in.

BlogPaws’ PR Manager Carol Bryant blogged about the Cleveland Browns’s new mascot — a Mastiff. She writes about how people will likely be going out to adopt this majestic breed — which will likely lead to overbreeding and many of these beautiful dogs being left at shelters when the new owners realize a Mastiff is more dog than they can handle.

Have you ever, or do you know of anyone, who has adopted a pet based on seeing it on a movie or a television show?