The dog, known as Rabbit, was found alongside a roadway and was originally mistaken for trash. The man who found the dog, was on 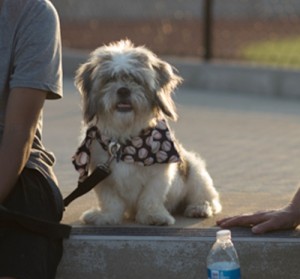 a walk with his own pets when he came upon him. He took his own dogs back home and returned to check on the bundle of fur he’d found on the roadside.

According to the article, “Lucky for this little dog, the right people found him – Patrick’s wife Jenny is the Assistant Director for the Humane Society of Dallas County (also known as Dog & Kitty City) and she immediately took the dog to the shelter and started him on fluids.”

You can read the rest of Rabbit’s story here.