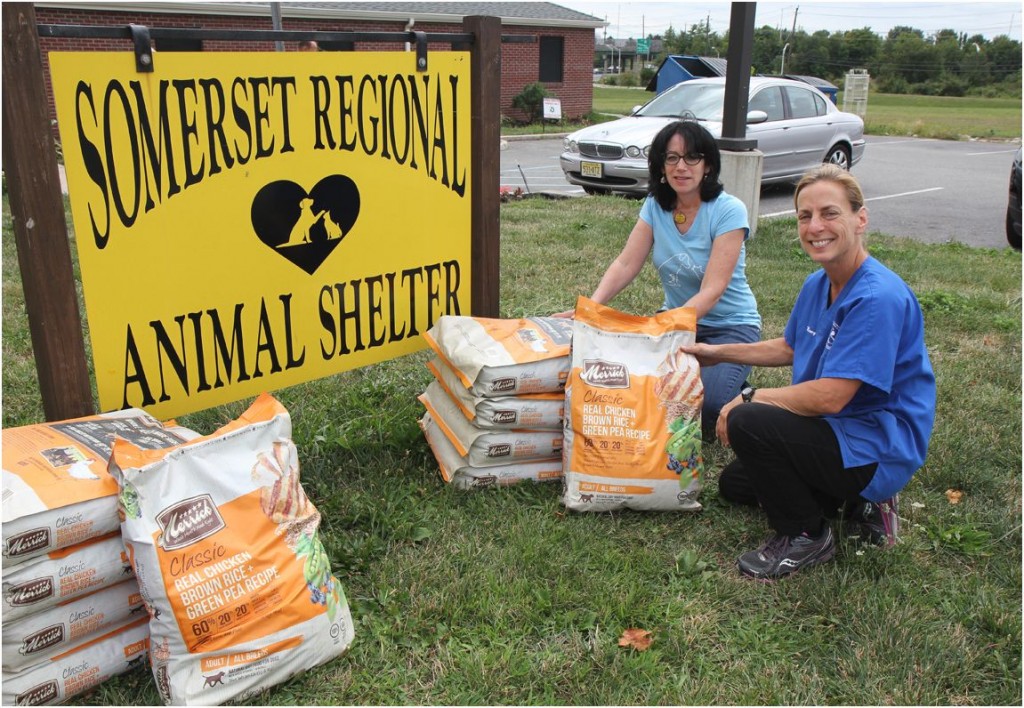 Getting the media to notice you, the pet blogger, is no easy task, but it can be done. How would you like the media to discover you? Have you ever pitched the media with something you either feel passionate about or perhaps blogged? There are ways that pet bloggers can capture media attention.

Pet bloggers are becoming today’s modern day journalists. Bloggers are highly credible sources of information, as evidenced by the millions of us engaging in blogging on a regular basis. So what should you do to get the media to sit up, take notice, and get yourself covered in print/on television/radio…in other words: Traditional media.

Susan Willett, founder of Life with Dogs and Cats, and a 2014 BlogPaws Nose-to-Nose Social Media and Pet Blogging Award Winner, wanted the media to notice her. After all, she was able to donate food she won at the BlogPaws Conference to a local shelter. When pitched to the right journalist and packaged the right way, this is the type of story that gets local media attention. Here’s what Susan did, in her own words:

How She Found the Media

I knew that I was going to do the donation, so I did some research ahead of time. I used Google alerts to know when stories on dogs or cats or shelters were posted–particularly those in New Jersey. I have known about the local papers and online news outlets for awhile. In the days and weeks leading up to the donation, I read the papers closely, and did searches on their online versions to find the specific names and email addresses of reporters who wrote stories on dogs, pets, lifestyle, or human interest. Sometimes the names were easy to find. Sometimes they were listed in a section on a site that tells you who to contact with a story. Sometimes I read a story and looked up the reporter. That could be easy; in some papers the byline (the name of the person who wrote the story) was a link to the reporter’s email or a bio page.

Why She Stayed Local

I knew my story was a local one; it wasn’t going to be interesting enough for a TV station or a radio station. I also knew that there wasn’t enough going on for a reporter to come out to watch the delivery of the dog food, so I knew I had to make the story easy for a reporter to cover without having actually been there.

That’s why I took pictures–several different poses with several different emotions. I made sure they were professional-looking and high quality. I also provided appropriate captions for each of the images. 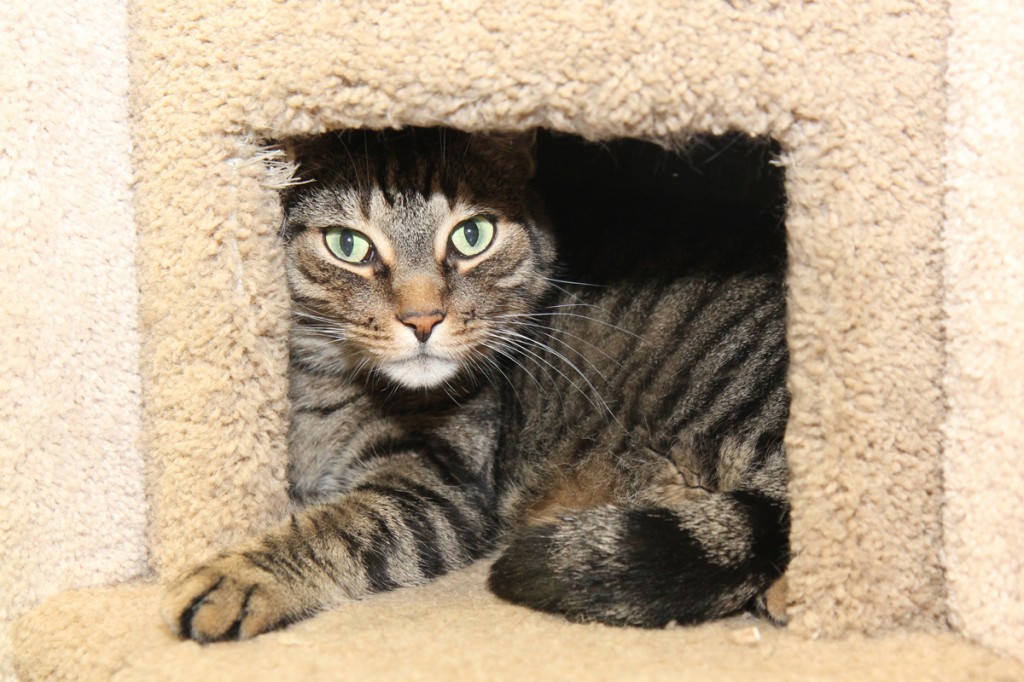 Randall, one of the adoptable cats at Somerset Regional Animal Shelter

What About a Press Release?

The press release itself was written in a professional manner. There’s a certain format to a press release, including release date, headline, subhead, dateline and the way the first paragraph is written.  I included quotes from myself and the kennel manager. I also included boilerplate copy at the bottom about each major player involved in the story: the shelter, BlogPaws and myself. (it’s both a science and an art, but very “learnable.”)

I also know that many reporters (like most of us) will read their emails on their cell phones–and won’t be able to read attachments, so I included the press release in the body of the email as well as in an attachment.

What About Pitching Reporters?

I crafted a short email intro designed to catch the attention of an editor. I let it reflect my “voice” or brand, and I made sure it included key elements that I thought made it a good story–right up front. I wanted it to sound just a little different than your average press release; it is, in essence, a pitch.

I included my reach information, and a link to my blog post with more information.

I had someone proofread everything. Twice. My goal was to make sure the release  and the story felt professionally written, and therefore trustworthy.

In short, I made it as easy as possible for a reporter to cover the story. Everything he or she needed was there.

Was Each Pitch Customized?

I sent individual emails to each of the reporters, using his or her name. In some cases I wrote to a specific reporter and to an editor at the same place. This doubled my chances of having somebody notice.

Since I wasn’t approaching TV or radio, the story would be the same for each paper, so I didn’t customize what I wrote, except in the salutation. If the story was going to a magazine, I would have including a line or two about why I thought the readers of that publication would be interested in the story.

Actually, I didn’t. It was a small, local story, and I felt confident that if a reporter was interested, he or she would cover it. The largest New Jersey paper did not cover the story; I didn’t expect them to, because it was a little too local. To be honest, I was quite thrilled by the response I did get. 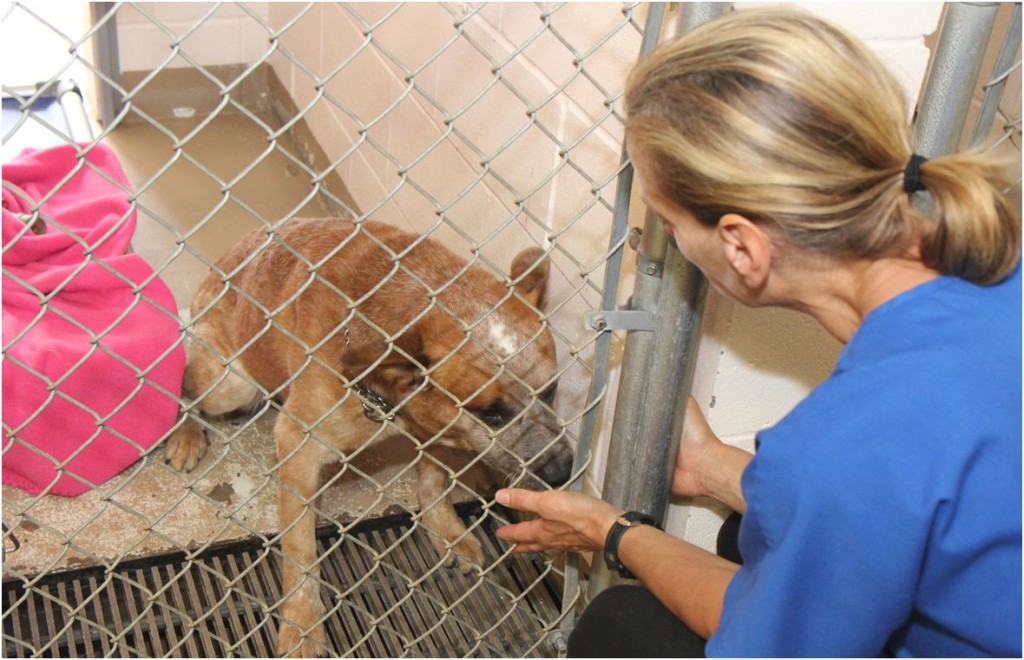 • Nancy Gedbaw, kennel manager with Meatball, one of the adoptable dogs at Somerset Regional Animal Shelter

A few final and somewhat random pieces of advice from Susan:

BlogPaws Influencer Advice: Our October focus in the Pet Blogger Influencer Group was on how to get the media to notice you. Are you a member of this active group of over 400 people? Jump in and apply, and catch up on the info and advice. 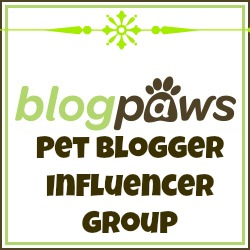 For more about Susan and her prize donation, read her Life with Dogs and Cats post here.

And here’s Susan’s press release she kindly agreed to share with us so BlogPawsers could learn from her example. Thanks, Susan!

Prize Winner Donates a Year’s Supply of Dog Food to

(Bridgewater, NJ)— Susan C. Willett, the human behind the blog Life with Dogs and Cats, recently stopped by the Somerset Regional Animal Shelter to donate twelve 30-pound bags of dog food she won at a pet blogging conference. Although she lives with three dogs—and four cats—in her Somerset County home, Willett wanted to make a difference in the lives of homeless pets.

Willett won the prize at a BlogPaws conference when her video was chosen from among all entrants at a “Best Dog Ever” booth sponsored by Merrick Pet Food.  “I knew immediately I wanted to donate the food to a local shelter,” she said. “And I thought Somerset Regional Animal Shelter could use it the most.”

Kennel manager Nancy Gedbaw was thrilled to receive the donation. “We have 24 dogs here right now,” she said. “We were down to our last three bags of dog food. It was perfect timing.”

The shelter, which provides animal control services for Bridgewater Township and the borough of Manville, is a community resource, dedicated to finding loving, responsible homes for all adoptable animals in their care. In addition to taking in lost and surrendered dogs from those areas, the shelter also brings in animals from shelters across New Jersey who have run out of room. This gives the pups increased exposure; sometimes dogs who were languishing elsewhere are adopted quickly at the shelter, which is open seven days a week.

In addition to the dog food, Willett returned from BlogPaws with an even more coveted prize: a Nose-to-Nose Award for Life with Dogs and Cats. The award is “is one of the highest honors in the pet social media world,” said BlogPaws’ co-founder, Yvonne DiVita.  “Finalists were selected from over 1,200 entries.”

“I am very honored to be recognized by my peers,” said Willett about the award. “It’s a tremendous complement.” Her website, featuring stories, humor and photography was also a finalist in the DogTime Petties awards in the Best Overall Pet Blog category. Winners will be announced at the end of the month.

“One of the best parts of winning awards like these,” said Willett, “is that rescue organizations and shelters win, too.” Four hundred pounds of Only Natural Pet dog food will be donated on behalf of all Nose-to-Nose winners to the pet rescue nonprofit of their choice. Winners of a Pettie Award designate a non-profit organization to receive a $1000 donation. “Everyone wins,” said Willett. “Especially the animals who are looking for their forever homes.

About Susan C. Willett and LifeWithDogsAndCats.com

Writer, blogger and photographer Susan C. Willett is the creative force behind the award-winning website Life with Dogs and Cats, where she posts her original stories, photography, poetry, and humor. A recipient of the BlogPaws Nose-to-Nose Award honoring writing and creativity, Susan is a member of the Cat Writers Association, the Dog Writers Association of America, and the Society of Children’s Book Writers and Illustrators. Her work appears in print and online in publications such as the DWAA’s Ruff Drafts, Slimkitty.com and The Pet Museum. She has a significant social media presence, with fans following her on Facebook, Twitter, Pinterest, Google+ and Instagram.

BlogPaws hosted its first pet-friendly social media and marketing conference in 2010 and has grown annually into the biggest social media event and conference of its kind with attendees from all over the world. Hundreds of bloggers, brands, and media professionals converged on Lake Las Vegas for one of the year’s most influential social media gatherings.

Question: Have you ever pitched the media? Did you have success?