A post on this blog raised a ruckus this week, to borrow a phrase from Christie Zizo of Life with Beagle. Our blog manager and one of the folks on my team who writes a good bit of our content wrote a post titled Top 5 Reasons You Do Not Deserve A Pet and WOW did it strike a nerve!

I was a bit surprised, myself, when I read it. #3, “You Work a Lot of Hours” seems to have caused the most response, at least, from 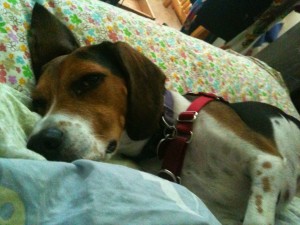 some of the comments I read.

Because this is a topic of major interest to pet parents everywhere – the “how do I take really good care of my fur kids?” and because I am 100% positive that Robbi did not intend to cause the uproar that ensued, I thought I’d chime in and share my thoughts, as well as some thoughts from a few bloggers who were quick to defend their parenting skills. This, by the way, is what BlogPaws is about – the conversation. We occasionally get things wrong, as happened with this particular post, but we always invite comments and listen to the conversation as it unfolds.

What’s a pet parent who works regular hours to do? I saw some folks mention that we, at BlogPaws, work at home, so what do we know? That seems like a blanket statement, much like Robbi’s assertion that if you work a lot of hours, you might not want to have a pet. What do we know? Well, we used to work long hours away from home…all of us. And, during those times, we had pets, too. So, we do know.

Speaking for myself only, I have become a much better pet parent since co-founding BlogPaws. I have learned from you, my community, the many ways I was a failure as a pet parent in my early days. I admit that I left my dog home alone quite a bit, and I admit that I seldom do that now. I cringe at the thought of leaving Emily and Olive alone for 3 hours, let alone a whole day! Does that mean you can’t do that? Does that mean folks who work outside of the home shouldn’t have pets? Of course not! No more than saying you feed your pet grocery store pet products means you shouldn’t have a pet. Those of us who feed our pets specialty store food, or all natural, think it’s the best way to go, but in the end, many, many pets would languish at shelters if they were only adopted out to folks who can spend the $$ on specialty foods and who can leave work at lunch to go visit their fur kids.

I loved that this post generated chatter on social and on the blog. No, it was not created to generate clicks or comments. It was generated to spark conversation and it sort of went over the top, but it was done in all honesty, and was one person’s personal viewpoint.

Jen deHaan from dogthusiast, in response to #2 on Robbi’s list, wrote: I agree that when setting out to adopt an animal, having a plan to cover the expenses is in order. However, circumstances change. Life slaps us in the face sometimes. People lose jobs, or run into hard times. Does that mean that you don’t deserve your dog or cat? Of course not.

I ask you this: I ran into some extreme hardship right after we adopted a couple of cats. My husband lost his job. What did we do? We ate ramen noodles for a couple of years and bought the best cat food we could afford. We were only able to provide some tests to look into a problem we were facing at the vets, and they agreed to run only what was absolutely necessary. In other words, we still cared for our cats and provided for their needs. Sure we couldn’t do “extra” for them, but no one judged us (to our faces) – and they were fine.

Insurance shouldn’t be assumed as the end-all and be-all of responsible pet care. It can be a risk, in that many claims are denied. Many of them for unjust reasons (ie: profit!). There are certainly those people who feel that it is not a good move, and you should put the monthly premiums aside for emergencies. I don’t have one of my pets insured because I know for darn sure “pre-existing conditions” would bite us in the butt, and I’d probably end up paying a high monthly fee and have every claim rejected by the insurance company. Does that make me a bad guardian, or a fiscally conscious one? My other dogs are insured, I do believe in insurance if you can avoid pre-existing conditions (ie: insure your pet at the same time as adoption) so I’m doing the right thing 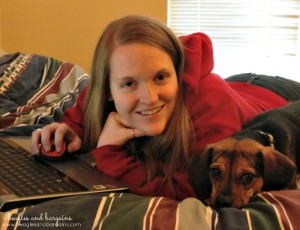 there and the wrong thing for my other pet?

Nope. I made personal decisions based on what I felt was the most fiscally responsible thing to do. (visit Jen’s blog for the whole post and leave her a comment)

Moving right along, we have Christie Zizo from Life with Beagle responding to #3: It would have bothered me less if the point was brought up in a “Reasons not to get a dog” story. Then the point reminds people that it can be a problem and you take it into consideration. It’s the word “deserve” that bothers me. Like I don’t deserve ice cream because I didn’t eat dinner. That to me implies punishment.

In fact, the very definition includes the word “punishment”: to merit, be qualified for, or have a claim to (reward, assistance, punishment, etc) because of actions, qualities, or situation; to deserve exile, to deserve charity; a theory that deserves consideration.

Besides, there are a lot of people in this world who are single and work full time. If we told all those people they couldn’t own a dog, they don’t deserve a dog, how many potential animal adopters does that ban from saving animals in shelters. Pets on death row in shelters is a much bigger problem to me than pets at home waiting for their owner. (visit Christie’s blog for the whole post and leave her a comment)

Over at Beagles and Bargains, Jessica Shipman takes issue with #3, also: I work 8 hour days away from home and I have for as long as I have had Luna. I wholeheartedly agree that dogs should not be left alone and crated for extended periods of time, but I find your point on #3 offensive.

Adopting Luna was the BEST decision I have ever made, but it comes with its challenges and I admit there have been times and places when I doubted that. In your comments, you speak a lot to destruction being the reason behind this point. I personally have dealt with destruction by a dog. Luna faced separation anxiety and it was a huge challenge. I lost blinds, carpet, a few pillows, a door frame, and a Kindle just to name a few casualties.

Do I think this destruction was partially brought on by me being away from home for 8 hours? Yes. Do I think this means I’m not a deserving dog parent? Absolutely not. What was the solution? Not crating at all. (Dogs all handle crate training differently. It just didn’t work for Luna, except at night where it is still her special place.)

Together Luna and I worked through it. We made compromises and we made sacrifices. This point should instead be about readiness to handle challenges and make sacrifices. If you don’t know about or are not ready to make the sacrifices that come with having a pet, then you might not be ready for one.

Whew! Those are just three responses I saw that were well-written, to the point, and not rants that muddied the issue of what makes a good pet parent. They took the content in the BlogPaws post and responded openly and honestly.

I don’t know about you but I learned a few important things from the exchange of ideas – one was that we (bloggers all) need to be thoughtful on the use of language. Would that post have made more sense if it was, “Top 5 Reasons You Are Not Worthy as a Pet Parent?”

Also, I learned that each of us has a unique experience with our pets, and sharing that is beneficial to us because it helps to share and see feedback, but also to others who can relate or not, and then share their stories.

Third, I learned that even when we object to content, if we stop and look at the purpose of it, at who wrote it, and contemplate the reason for it, we generally understand whether it was truly a brash accusation or a person’s point of view, and we can respond appropriately.

Thank you to all who commented, who chatted this up on Facebook, and who came to realize the post was a point of view, not a didactic accusation against any pet parent, anywhere. I tell everyone I know that pet bloggers are the best people on the planet, and this proves it.