True or False: It is expected that over $53 million dollars will be spent in the pet industry in 2013 alone.

This is a very good number and a very good sign for pet bloggers and microbloggers. BlogPaws embraces our network of pet bloggers, and if you are not yet a BlogPaws Community member, now is the time to jump in feet/paws first.

While we're on the topic of true and false, test your pet industry skills and see how many of these you get right. You are also welcome to use these stats and nuggets of information in a future blog post. Let us know how many you got right: (answers at the end)

1 After 20 years of gradually increasing pet ownership, today more than 62 percent of Americans own pets.

2 It has been reported that 16 percent of Americans buy cars with their dog in mind.

3 Blogs are now the third most influential digital resource (31%) when making overall purchases, behind retail sites (56%) and brand sites (34%). 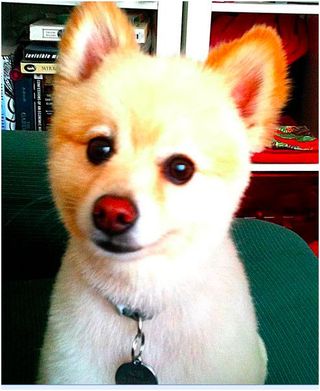 4  About 6 percent of dog owners and 3 percent of cat
owners carried pet insurance.

6 In a survey conducted by Pet360.com, 75 percent of people said they would not go on vacation if they couldn’t bring their pet with them. 8 Pet bloggers have been coming together at the first and original social media network for pet bloggers and microbloggers via BlogPaws since the first conference was held in 2010.

9 There are are 2,300 members in the BlogPaws Community.

10 BlogPaws has a Pet Blogger Network where you can be a part of the ad network and monetize your pet blog.

12 In terms of spending, pet food was the second largest expenditure, rising to an average of $183 in 2011.

13 It is reported that 84.3 million fish make up nearly 73 percent of the pet population when
dogs and cats are excluded. Fish-owning households totaled 7.2 million
in 2012, up about 100,000 from the previous year.

14 Most cat owners don't really choose a cat by breed. But this is very
different for dogs. 32% of dog owners said they knew in advance what
breed of dog they wanted.

15 Between
73% and 81% of BlogPaws attendees expressed an interest in working with
brands.

SCROLL DOWN FOR ANSWERS:

6. False; 42.5 percent said they would not go without their pet; http://www.pet360.com/slideshow/dog/lifestyle/how-do-you-spoil-your-pet/4/iTK9AsC8qEyZSOhBdTWJGA

8 True; we are five conferences strong and not slowing down!

9. True; are you one of them? http://community.blogpaws.com

12 False. It is the largest expenditure. http://www.marketingmypetbusiness.com/2013/06/us-bureau-of-labor-statistics-releases.html